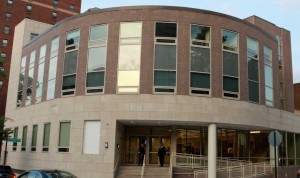 Riverdale, NY – The deterioration of Orthodoxy by the Open Orthodox movement continues.

Rabba Sara Hurwitz of Riverdale’s Hebrew Institute (HIR) made headlines in 2010 as America’s first so-called Open Orthodox “Rabba.” Now, the 600-family Open Orthodox congregation in the Bronx has welcomed the newly-appointed Rabba Dr. Anat Sharbat, the second woman to assume the role in the congregation.

Rabba Sharbat, reports the Jewish Week, holds a doctorate in Talmud from Bar-Ilan University, and will be assuming all pastoral responsibilities, including counseling, lecturing, and presiding at lifecycle events.

The move, as pointed out by the Jewish Week, reneged on a prior agreement made between Avi Weiss, rabbi emeritus of HIR, and the Rabbinical Council of America (RCA), that Rabba Hurwitz would be the one and only “rabba.” Subsequently the term “maharat” was used.

Rabbi Weiss has since resigned from the RCA, reports the JW, citing the council’s refusal to accept graduates of Yeshivat Chovevei Torah (YCT), a more liberal rabbinical school that he founded, into its ranks. The leadership at HIR stressed that the agreement made between Rabbi Weiss and the RCA “was made under extreme duress” and remains completely independent of the synagogue.

The inroads made by Weiss’ Open Orthodox movement cannot be ignored. His Yeshivat Maharat, founded in 2009 as the first “Orthodox” institution to ordain women as full spiritual leaders, has successfully placed all of its 11 graduates at congregations around the United States, Canada and Israel. Though most assume the title Maharat, several others join Rabba Hurwitz in assuming the title Rabba.