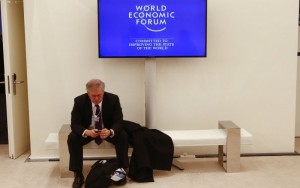 The richest 1 percent now has more wealth than the rest of the world combined, aid group Oxfam said Sunday.

The anti-poverty group on Sunday published its report on global wealth divide ahead of the World Economic Forum (WEF) in Davos, Switzerland.

The report, entitled “An Economy for the 1%,” also found the world’s richest 62 people have as much wealth as the poorest half of the global population and that women are disproportionately affected by global inequality.

Ahead of last year’s Davos meeting, Oxfam predicted that the richest 1 percent would soon own more than the rest of the world and it “actually came true in 2015,” the report said. The group warned that “the gap between the richest and the rest has widened dramatically in the past 12 months.” Read it more BBC.