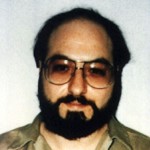 Congressman Jerrold Nadler (NY-10), Ranking Member of the House Judiciary Committee’s Subcommittee on Courts, Intellectual Property and the Internet, and Congressman Eliot Engel (NY-16), Ranking Member of the House Foreign Affairs Committee, have sent the following letter urging the Department of Justice to give “fair consideration” to Jonathan Pollard’s expressed desire to reunite with his family in Israel following his 30 year prison sentence.

With his mandatory parole set for November 20, 2015, Mr. Pollard asked permission from DOJ to join his wife in Israel since it has been acknowledged that there is “no reasonable probability” that Mr. Pollard would commit any future crimes after his release.

Below is a full copy of the letter to U.S. Attorney General Loretta Lynch, sent from Reps. Nadler and Engel:

We appreciate the decision by the Department of Justice (DOJ) not to object to Jonathan Pollard’s release from prison when he becomes eligible for mandatory parole. Upon his release, on November 20, 2015, after serving 30 years in prison, it is Mr. Pollard’s wish to move to Israel with his family so he can resume his life there. We write today to ask that DOJ give Mr. Pollard’s request the fair consideration it deserves.

Mr. Pollard understands that, as a condition of being permitted to move to Israel, he may need to renounce his American citizenship. Despite the serious consequences that may follow such a decision, including being permanently barred from returning to the United States, he is willing to undertake this extraordinary measure.

As you may know, there is recent precedent for Mr. Pollard’s request. In May of 2013, DOJ allowed René González, a member of the so-called “Cuban 5,” to renounce his citizenship and live in Cuba. Mr. González served more than 8 years in prison for a 2001 espionage conviction for taking part in a spying ring on behalf of the Cuban government. While on probation, DOJ allowed Mr. González to attend his father’s funeral in Cuba. Despite DOJ’s prior insistence that he serve his entire probation in the United States, DOJ allowed Mr. González to renounce his American citizenship and remain in Cuba, on condition that he never return to the U.S. Similarly, Mr. Pollard asks that he be permitted to leave the United States and join his family in Israel. Mr. Pollard understands that this would likely mean that he would never be able to return.

We believe that America’s interests and the interests of justice would be served if DOJ were to grant Jonathan Pollard’s request to reunite with his wife and move to Israel upon his release. In its discussions of Mr. Pollard mandatory parole, DOJ has already acknowledged that there is no reasonable probability that he will commit any future crimes after his release. If DOJ allows him to leave the United States permanently, this would become a near-certainty. We respectfully ask that you give this request fair consideration.