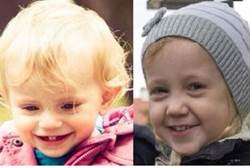 An undercover investigation aired on Israel’s Channel Two appears to show that the suspect in the tragic Yerushalayim family poisoning, which left two infant girls dead and their brothers fighting for life, is still working as a pest exterminator.

The suspect, who cannot be named for legal reasons, is accused of having left an illegal, highly-toxic agent in the home of the Gross family, after completing an assignment there. He had stored the poison in the apartment’s enclosed security room – also known as the “Mamad” or bomb shelter, which exist in most Israeli homes – but the security room’s seal was less effective than the storage requirements for the chemical require, and the poison spread throughout the apartment over several days. Read more here.