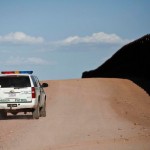 The Obama administration two years ago reportedly ignored the “ringing alarm bells” of a potential crisis of unaccompanied children pouring across the the U.S.-Mexico border, fearing the political fallout in an election year.

“There were warning signs, operational folks raising red flags to high levels in terms of this being a potential issue,” a former senior federal law enforcement official told The Washington Post.

The official told the newspaper that Customs and Border Protection and Immigration and Customs Enforcement were “ringing alarm bells” within the administration.

Yet the White House was focused then on twin political battles: President Barack Obama’s 2012 re-election campaign and the congressional push for a broad immigration overhaul. Both would have been made much more difficult amid a border crisis, the newspaper reported.

“I don’t think they ignored this on purpose, but they didn’t know what to do,” migrant rights specialist Michelle Brané of the Women’s Refugee Commission told The Post. The group published a report in 2012 highlighting the migration of children.