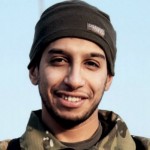 Paris public prosecutor François Molins said during a press conference that two people were killed and seven were arrested during the raid. One suspect died when the unnamed individual allegedly detonated a suicide bomb.

The apartment is close to the Stade de France, the soccer stadium attacked by three suicide bombers last Friday. As The Daily Beast’s Shane Harris and Christopher Dickey reported, the suspects appear to have had a stockpile of the same kinds of arms and explosives used last Friday: AK-47s and explosives.
Read more at The Washington Post.