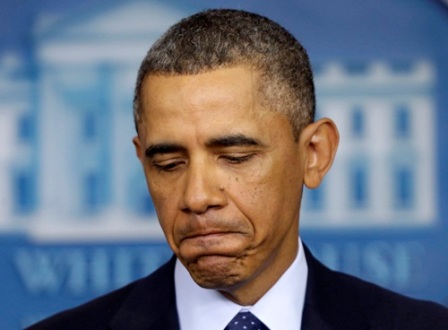 More and more politicians and mainstream pundits accusing President Barack Obama of knowingly misleading the public on his keep-your-plan promise.

“Those assurances weren’t slight exaggerations or innocent shadings of the truth,” Sen. Ron Johnson, R-Wisc., said in the Republican radio address on Saturday. “They were statements that were fully vetted, coldly calculated, and carefully crafted to deceptively sell your health care plan to a trusting public. It was a political fraud echoed relentlessly by House and Senate Democrats who should be held accountable for the disastrous consequences of their grand deception.”

Liz Cheney, who is seeking to oust a current GOP member of Congress, actually did use the L-word in her appearance on “Fox News Sunday.”

“There’s no question that he lied, and we’re all paying the price for it now,” she told host Chris Wallace. “There’s no way he could not have known the truth.”

Critics such as Johnson and Cheney point to the June 2010 edition of the Federal Register, which says on page 34552 that the average number of policies in the individual market that are changed from year to year ranges from 40 to 67 percent. But since a number of policies would be expected to change between 2010 and 2014, when the plan is finally implemented, the percentage would likely exceed that number.

Both Forbes and NBC News reported on the obscure rule in late October. NBC said that four different sources told its reporters that 50 to 75 percent of the 14 million people who buy their plans through the individual market could expect to get cancellation letters.

Obama himself and members of his team have said in recent days that while they knew of the language in the bill, they fully expected people would find such great deals that they liked better in the exchanges that they technically wouldn’t want to keep their old policies. So, at least in their own minds, it wasn’t a lie to say people could keep their plans – if they liked them.

“You have an individual market that accounts for about 5 percent of the population. And our working assumption was — my working assumption was that the majority of those folks would find better policies at lower costs or the same costs in the marketplaces, and that the universe of folks who potentially would not find a better deal in the marketplaces, the grandfather clause would work sufficiently for them,” the president explained on Thursday. “And it didn’t. And again, that’s on us. Which is why we’re — that’s on me. And that’s why I’m trying to fix it.”

One member of Obama’s own party admitted on ABC’s “This Week” on Sunday that “we all knew” plans would be cancelled. Sen. Kirsten Gillibrand, D-N.Y., said that Obama should have been “more specific,” but she defended the promise because she said the law needed to be passed to ensure more people could get affordable healthcare.