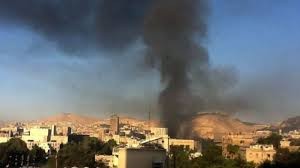 The websites reported that the aircraft attacked military posts near Ras al-Ayn and Katifa along the Lebanese border. The report noted that no one was injured in the attack.

The IDF spokesperson has not issued a statement on the matter. In September, it was reported that IAF aircraft implemented airstrikes on the Syrian Golan Heights following shell fire that hit Israel from the Syrian battlefields.