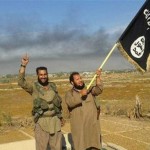 A document taken in a U.S. raid shows that ISIS has sanctioned the harvesting of human organs, Reuters reported.

ISIS Islamic scholars allegedly ruled that taking organs from a living captive to save a Muslim’s life, even if it is fatal, is permissible, according to a document obtained Jan. 31, 2015.

Reuters could not independently confirm the authenticity of the document, but U.S. officials say it was among a trove of information obtained by special forces in a raid in easter Syria in May.

Though the document does not suggest that ISIS militants engage in organ harvesting or trafficking, it does provide religious sanction to do so under the group’s interpretation of Islam. Read more.