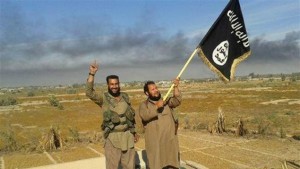 A Muslim Israeli citizen who formerly served in the IDF has joined the ranks of the Islamic State in Syria, Arab intelligence sources told The Times of Israel on Thursday.

Identified only by the initials H.B., the man is 25 years old and a resident of a village in northern Israel, the sources said. He traveled from Israel to Turkey and then crossed the border into Syria.

According to his military identification card, which was seen by a Times of Israel reporter, he was slated to complete his military service in January 2014 and brought his IDF dog tags with him to Syria.

It wasn’t immediately clear when the man traveled to Syria, where he crossed the border, or his current whereabouts.

Last month, Israel security services arrested five men from the northern city of Jaljuliya, charging them with attempting to join IS in Syria. A relative of one of the men made headlines in October when he flew a paraglider into southern Syria from the Golan heights to join jihadis fighting there.

Arab intelligence sources told The Times of Israel that between 100 and 150 Israeli Arabs are either serving in or detained by the Islamic State, but this is the first case involving an IDF veteran.