My father, Rav Tzvi Mordechai Felder zt”l, was a rov for more than 60 years, and in that capacity, he was called upon to officiate at numerous funerals. Over the years, our community said goodbye to many Jewish men and women who had been born in Europe, but when my father saw the passing of a frum and ehrliche Yid who had been raised in America, his praise was even more effusive. Why? We all know why. Spiritually speaking, the challenges here in the Land of the Free are very strong.

If I may be so presumptuous, I dare say that my father would have seen the American roots of Rav Chaim Yisroel Belsky zt”l as particularly noteworthy. That a man who was born and raised here in America could have reached the heights usually associated only with previous generations who learned in Europe – educating and influencing so many – is, on its own, singularly praiseworthy.

I had the honor and privilege of being one of Rav Belsky’s many talmidim at Yeshiva Torah Vodaas for many years, and I was delighted to take advantage of my proximity to the rosh yeshiva to ask him shailos. On one occasion, I began speaking and Rav Belsky immediately said, “Don’t talk! You have laryngitis!” I smiled, but continued. Rav Belsky stopped me again. “I’m serious,” he said. “Don’t talk or even whisper. Sleep near a hot water humidifier for a few days and you’ll feel better, im yirtzeh Hashem!” I made an appointment with a well-known ENT specialist, Dr. Allen Goldstein z”l, who diagnosed my condition exactly the same way and advised me to do precisely what Rav Belsky had recommended.

Of course, Rav Belsky was well-known and respected not only for his bekius in all of Shulchan Aruch, halachah and hashkafah, but also for his vast knowledge of science. At his frequent “Ask the Rov” sessions, listeners were amazed by his wide-ranging and in-depth knowledge of many intricate and arcane subjects. Consequently, after being elected to serve on the New York City Council, Rav Belsky was frequently the one I turned to when complicated communal shailos arose. Not only was the rosh yeshiva able to understand the issues’ complex technicalities and discern the impact on the klal, but he would also authoritatively give a very clear and definitive p’sak.

When water copepods became an issue, New York City’s Environmental Protection Agency experts spent many hours going over every minute detail with Rav Belsky, and he, in turn, explained what he had learned to other poskim. Some ultimately had a different p’sak, but Rav Belsky was relied upon for his universally acknowledged expertise.

The mayor’s issue with metzitzah b’peh was another great challenge to our community. I was determined to do everything in my power to prevent the City from interfering with our religious observance. Once again, our community had a great champion in Rav Belsky, who had extended, arduous discussions with New York City Health Department officials. I recall my pride in witnessing such a public kiddush Hashem, listening to Rav Belsky’s learned, insightful and unhesitating back-and-forth with New York’s health experts on abstruse medical issues. The New York City officials may have disagreed on how to proceed, but never once did they question Rav Belsky’s grasp of the issues involved.

Like those European giants who he learned from, Rav Belsky was truly a wise, caring, dedicated soul whose tireless efforts on behalf of Klal Yisroel were voluminous. We have lost a great luminary, and I have lost a trusted, valued friend and rebbi. 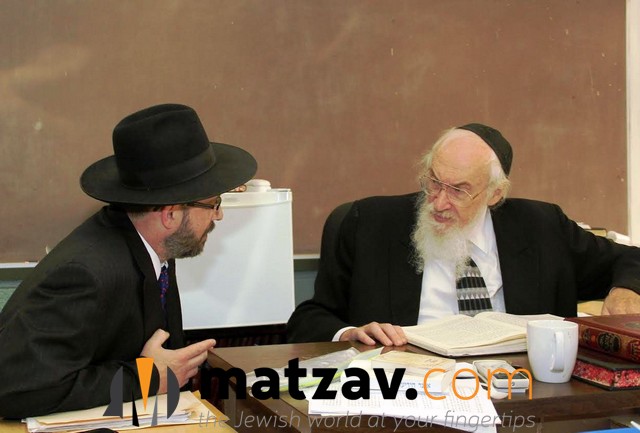