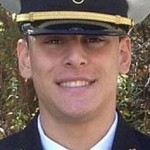 As you all know, we lost our dear son, Justin (Yaakov Ephraim) Zemser z”l, in the derailment of Amtrak train 188 this past May. It has been a very difficult time for us.

We would like to thank the Jewish community for your ongoing support. Many of you assisted in the funeral arrangements, including Rabbi Boruch B. Bender from Achiezer in Lawrence, Frank Pasquale from Boulevard-Riverside Chapels in Hewlett, and LT Peter Ozug from the United States Navy. Many came to visit during the shivah, wrote cards, sent donations, and engaged in a number of mitzvos that no doubt served as a reminder of how much Justin touched us all. We were deeply moved by the shloshim that was held at Yeshiva Darchei Torah in Far Rockaway, NY.

Justin started his life not very involved in Judaism or the Jewish community. However, in time, he had become a young man committed to learning more about Judaism and his role in this community. We would like to share more about Justin’s journey with you.

As a young child, Justin attended an Orthodox shul with us, but only on the High Holidays. At the age of 12, Justin started to study for his bar mitzvah with Cantor Chaim Gershon Shindler from Congregation Derech Emunoh of Arverne, NY. Justin was always a fast learner. He quickly learned how to read Hebrew and had memorized many prayers. While studying for his bar mitzvah, Justin realized that he had an affinity for thinking about the many philosophical, theological and humanitarian issues involved in the study of Torah. He began to attend shul much more regularly.

At the age of 18, Justin was accepted into the United States Naval Academy. At the Academy, Justin began to connect even more deeply with Judaism. He joined the Jewish Midshipmen Club and regularly attended Shabbos services.

Justin’s commitment to Judaism inspired him to connect with everyone around him. He was an ambassador to our faith and a role-model to the mostly non-Jews around him of what a wonderful Jewish young man could be. While in high school, among many other outside activities, Justin helped cook for the homeless. Throughout his time at the Academy, he continued to engage in all sorts of mitzvos, including regular Torah study and volunteering at his former high school whenever he was available. His entire life and all of his choices to do these mitzvos emanated out of a sincere commitment of tikkun olam m’malchus Shakai, the desire to make the world a better place.

During Justin’s second year at the Academy, he became vice-president of the Jewish Midshipmen Club. He was very proud of helping to construct the sukkah with his fellow Jewish Midshipmen. At that time, thanks to the Oorah TorahMates program, he also began to study Torah every week with Tzvi Rubinfeld of Lakewood, NJ. Just a few months before his death, Justin had the chance to travel to Israel for the very first time, and he fell in love with the country, its people, and its ideals. Justin was looking forward to returning to Israel as soon as he was able.

While in Israel, Justin connected with his uncle, Rabbi Menachem Listman, who is the director of the English Speaker’s Department at Machon Meir-The Center for Jewish Studies in Israel. When they finished dinner, Uncle Menachem was impressed that his nephew knew how to recite Birkas Hamazon in Hebrew and that he could more or less read and converse in Hebrew.

We are so proud of our son, and of the young Jewish man he had become. It warms our hearts so much to know that you, too, are proud of him, inspired by him, and will miss him. Your thoughtfulness has meant so much to us.

It has been said that it takes a village to raise a child. Whether this is true or not, we believe the following to be true: It takes a community of very good people to raise a very good child. To our beloved community of fellow Jews, thank you for helping bring Justin deeper into the faith.

As we all know, the word shalom in Hebrew, in its most basic level, means peace. Through acting upon his ideals, Justin found great peace. He realized that it is only by helping others that we can truly find shalom. Many have said that Justin embodied chesed and brought a sense of love, kindness and compassion to every interaction he had. He was a genuine mentch. We hope that his example continues to inspire other young Jewish men and women to stick to their idealistic visions of tikkun olam b’malchus Shakai, while also continuing to work on their own individual sense of peace.

If you would like to keep in touch, share your stories and memories about Justin, or just send your regards, please email us at rememberingjustinZ@gmail.com. A charitable fund has been created in Justin’s name. All donations will benefit non-profit 501 (c) (3) organizations that support charitable efforts that were important to Justin. Those interested in making a donation in memory of our son are welcome to contact us at the above dedicated email address. We would love to hear from you.

With love and gratitude,