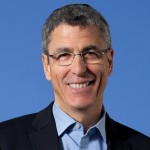 The head of the Union for Reform Judaism (URJ) on Thursday said the group would consider leaving the Conference of Presidents of Major American Jewish Organizations following the Conference’s rejection of a membership application by the self-labeled “pro-Israel, pro-peace” lobby J Street.

J Street’s bid to join the Conference was voted down Wednesday, 22-17 with three abstentions. Other members of the 50-group umbrella were absent for the vote, in which J Street needed two-thirds approval from the Conference’s total membership to join the organization.

Josh Block, president and CEO of The Israel Project, told the Forward, “It is saddening to see decent people like the head of one of the Reform organizations distorting the diversity of the Conference.”

“If the formal structures of American Jewry split between those backed by the centrist establishment and the J Street-led left, this won’t advance the cause of Israel or the interests of American Jews,” wrote Jonathan Tobin, senior online editor of Commentary magazine. “Dividing the Jews in this manner will only serve the cause of those who wish to wage war on Israel’s democratically elected government and to widen the splits between Jerusalem and Washington. That isn’t something that any group that calls itself ‘pro-Israel’ should want.”