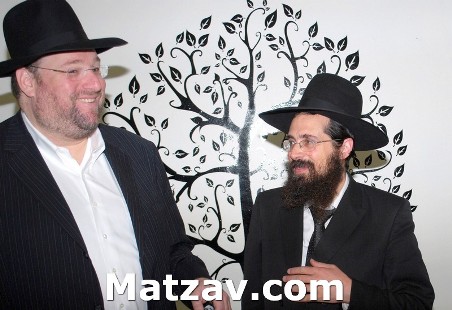 It’s no secret that the yeshivos and kollelim in Eretz Yisroel are in direr straits than ever due to the new gezeiros that were put into place by the new government.

Reb Shlomo Yehuda Rechnitz has come to be revered as one of the foremost ambassadors of Torah and of Bnei Torah in our generation. His support of Torah is the result of his huge heart, one that has made supporting Torah contagious.

Today, Matzav.com has learned that Shlomo Yehuda, already a prominent alumnus and partner of Yeshivas Mir Yerushalayim, announced that he will match dollar for dollar on any donation from fellow Mir alumni who have yet to seize a share in the yeshiva‘s budget during the past two years.

“To the world,” Shlomo Yehuda tells us, “Yeshivas Mir Yerushalayim represents the largest single makom Torah around. But to those of us who have been fortunate to have learned in the Mir, it is much more of a personal matter,” he explains.

The sense of satisfaction one experiences when giving back to the Mir is something that can only be described as mei’ein Olam Haba.

Now he wants to share that satisfaction with his fellow Mir talmidim worldwide.

Over the past two years, Yeshivas Mir Yerushalayim made great strides in stabilizing its budget. In a unified show of support which was unprecedented in the Torah world, baalei tzedakah on every level and from every segment in Klal Yisroel came together to place the yeshiva on strong footing so that the hanhala can continue their harbotzas haTorah without the constant worry of paying bills. Because of their efforts, the yeshiva has reached a level of financial strength that has not been seen in years.

Recently, however, the Israeli government implemented drastic cuts to its  funding of yeshivos, resulting in potentially devastating losses in the budget of Yeshivas Mir Yerushalayim.

At a meeting with the volunteers and hanhala of Yeshivas Mir Yerushalayim, Shlomo Yehuda was awed by the number of alumni who have in the past stepped forward to help the yeshiva and the success it has brought about. Shlomo Yehuda realized that although thousands of almuni have already pitched in, the number of untapped talmidim around the world is exceedingly great. If the alumni the yeshiva has been able to reach have taken the yeshiva out of deficits and set it on a path to closing the budget gap, he reasoned, the newly formed budget hole can be greatly mitigated if they managed to reach out to all the alumni.

However, with an alumni database reaching in the tens of thousands, it is nearly impossible for the fundraising staff of the yeshiva offices to reach every individual. How, then, would they be able to give every single alumnus the opportunity to take part in the enormous siyata diShmaya the yeshiva is experiencing?

Enter the newly formed network of volunteer fundraisers. What has perhaps made Yeshivas Mir Yerushalayim so unique is the close relationship talmidim feel towards the hanhala. In an expression of that hallmark closeness, a team of over a hundred talmidim recently convened to determine what could be done to combat the Israeli government funding cuts to the yeshiva. That coupled with the increase of the shekel value against the US dollar has put a dent in the yeshiva‘s budget and is threatening to leave a hole in the funds they are able to provide their yungeleit.

Never one to pass up a great opportunity, Shlomo Yehuda made yet another calculated investment in Yeshivas Mir Yerushalayim. Sensing the need for increased fundraising and seeing the willingness of his fellow Mir alumni to further secure the future of the Mir, Shlomo Yehuda announced his innovative “Gift of Giving” to Yeshivas Mir Yerushalayim. Over the next 120 days, every single dollar that comes into the yeshiva from alumni who have yet to contribute over the past two years will be matched dollar for dollar, he announced.

Realizing that there exist among Mir alumni people who will overextend themselves by giving a dollar per day while others may have the capacity to donate larger amounts, Shlomo Yehuda placed $3,000,000 in reserve to ensure that no donation will go unmatched.

“While this alone will not cover the annual losses caused by the Israeli government funding cuts to yeshiva,” Shlomo Yehuda told Matzav.com, he said that he “is in awe and humbled by the dedication of the Mir alumni and all the volunteers the yeshiva has been blessed with. Their devoted friends worldwide who will undoubtedly step forward, each in their own way, to help close the newly created budget gap.”

The address to send in contributions is: