It is with great sadness that Matzav.com reports the passing of Reb Moshe Reich z”l of Har Nof, Yerushalayim. He was 62 years old. 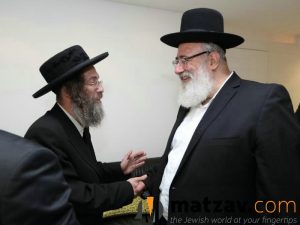 Reb Moshe was born in the United States on Yom Kippur in 1957, a son of Rabbi and Mrs. Shmuel Refoel Reich. Reb Shmuel Refoel was a close chossid of the Shefa Chaim of Sanz and the present Sanzer Rebbe.

Reb Moshe married his wife, a daughter of Rav Yaakov Yitzchok Barminka of Bnei Brak, and the young couple settled in Yerushalayim.

Reb Moshe was one of the noted mispallelim of Bais Medrash Imrei Shefer, where he delivered shiurim. Reb Moshe was known for his range of yedios haTorah and his sharp and incisive mind. 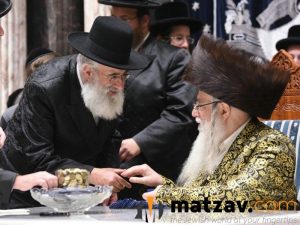 A renowned baal chesed, Reb Moshe had a generous heart and devoted himself to numerous causes and individuals. Reb Moshe was a tomech Torah of a special caliber.

Reb Moshe was a close friend of MK Aryeh Deri, and had a personal kesher with Chacham Ovadiah Yosef, Rav Meilich Biderman, and others.

The levayah will be held today at the Sanz Bais Medrash in Tzefas and then at Bais Medrash Imrei Shefer in Yerushalayim, followed by a levayah at bais Medrash Ohel Nechemia in Kiryat Sanz, Netanya. Kevurah will then follow in the bais hachaim in Netanya near the kever of the Shefa Chaim.