Strict laws formulated in the United States after September 11 apparently do not distinguish between people, as seen during a recent incident in which Rav Zalman Leib Teitelbaum of Satmar was strip-searched at an airport.

Rav Zalman Leib, who resides in Williamsburg, Brooklyn, arrived at the airport in Miami, Florida, after spending several weeks in the Sunshine State. Rav Zalman Leib was asked to go through the metal detector for security check, but the machine beeped, indicating that he was carrying something metalic. 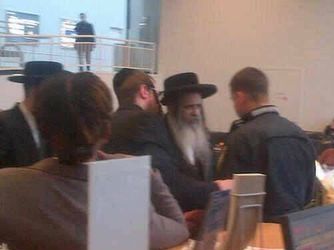 The Rebbe’s gabbaim tried to explain to the security officials that this man is a leading Chassidic rabbi with thousands of followers. The officials, though, said that they must follow protocol, adhering to strict procedures instituted by the airport authorities.

Rav Zalman Leib was asked to empty his pockets, but the metal detector kept beeping. The officials thus required the Rebbe to remove some articles of clothing and go back through the metal detector. After a few minutes of further testing, the Rebbe and his entourage were permitted to proceed.

“This is the price of going on a commercial flight,” said one of the askonim close to Rav Zalman Leib. “But not anymore. In light of the sad situation, it was decided among the close chassidim of the Rebbe that he will fly on private flights to avoid such security procedures. Despite the costs involved, 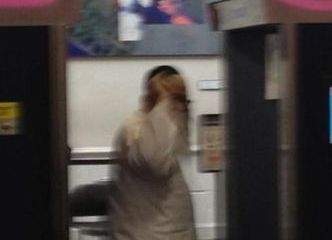 we cannot allow the same situation to occur again in which the Rebbe’s kavod is compromised.”