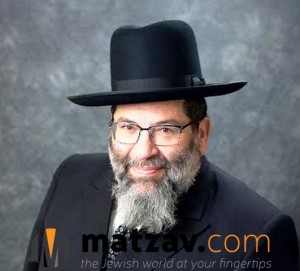 Two events. Two continents. Totally different venues and personalities but…inextricably intertwined. This year’s Acheinu Flatbush Community Event featuring HaRav Yaakov Bender, shlita, comes on the heels of an awesome siyum where 65 boys from Acheinu’s Yeshiva for baalei teshuva were tested and made a siyum on the first masechta of Gemara that they ever learned in their lives! The unique chinuch and kiruvrechokim prowess that Acheinu invests in its charges is legendary; the unique chinuch and kiruvkerovim ability that characterizes Rav Yaakov Bender is equally legendary.

The greater Flatbush community will have the unique opportunity to welcome and hear insights on chinuch for our times from Rav Yaakov Bender, a Rosh Yeshiva and renowned chinuch expert.

HaRav Yaakov Bender, Rosh Yeshiva of Yeshiva Darchei Torah in Far Rockaway, is a legend in his time. He is a Torah builder who, with great siyattadiShmaya has built a Torah empire in Far Rockaway, but more than anything else he is a mechanech. His remarkable success in building Torah stems from his understandingof how to transmit Torah to the present generation and ability to pick and train an elite staff equipped with the singular talent to inculcate Torah values with a geshmak to today’s youth.

At the Fifth Annual Acheinu Flatbush Community Event-  to be held on Sunday morning, December 6, from 9:15 a.m. at the home of Mr. and Mrs. SimchaApplegrad, 1266 E. 32nd Street, (between Aves L&M)-Rav Bender will impart his chinuch wisdom. Introductory remarks will be delivered by RavDovid Morgenstern, Menahel of Yeshiva Darchei Torah.

Acheinu Flatbush Event a History of Greatness and Inspiration

Rav Bender will outline the distinctive role that Acheinu plays in the kiruv world in Eretz Yisrael and the secret of their 93% success rate in ensuring that their charges are not just initially inspired but are supported and escorted on their journey to Yiddishkeit until they are completely mainstreamed into the Torah community.

A prime illustration of this is the special siyum on MasechtaMakkosthat the Acheinu Yeshiva for Baalei Teshuva held earlier this week at Yeshivas Acheinu in KiryatSefer. The yeshiva is designed for young men who come from a completely secular background. Numerous talmidim in the yeshiva were in completely secular high schools during the last school year. Rabbi Ariel Elbaz, the Rosh Yeshiva, relates, “From the start of Elul until now, all 65 members of the yeshiva began Masechta Makkos. Amazingly,twenty of those talmidim had just joined the yeshiva that zman. It was literally the first time in their lives that they had opened a Gemara. Our staff gives individualized attention and invests tremendous time in each boy. Even more remarkable, however, was the way they threw themselves into learning with a hunger akin to one who has been deprived of something specialhis entire life and suddenly realizes what he has been missing!”

Yeshivas Acheinu ensured that there was constant chazarah throughout the last months and by the time the boys finished the Masechta they were ready to be tested. In honor of the siyum, HaGaonHaRav Avrohom Yaakovson, shlita, Rav of YishuvBe’er Yaakov, came to conduct a public bechina right before the siyum. In honor of the occasion, the parents and even some grandparents of the boys came to participate. It was a sight to see!Parents, completely secular Jews, shedding tears of emotion as they watched the distinguished RavYaakovsonquestioning the boys one by one and hearing them answer without hesitation straight fromDafBeisthrough the end of the Masechta.

Of Emotion and Consolation

One of the most moving moments of the siyum was when all 65 boys ended the masechta in unison with the well known story of Rabi Akiva together with other sages ascendingHarHatzofim overlooking the HarHabayis where the Beis Hamikdash once stood. The Sages, upon seeing a fox emerge from the area that formerly housed the KodeshKadashim, broke down and cried. Then Rabi Akiva comforted them, explaining that what they saw was a positive omen. “If the prophecy that foxes would walk in that place was fulfilled, so too the prophecies of redemption will be fulfilled.” The Sages turned to Rabi Akiva and said, “Akivanichamtani, Akivanichamtani-Akiva you have consoled us.”

The emotion and pathos were not lost on the assemblage. They realized that the churban, the secular nothingness of the lives of these wonderful Acheinubachurim had been transformed into something most meaningful. There was a great deal of consolation as the secular fathers joyously danced with their Torah observant sons in celebration of thesiyum.

It is events like this that will be celebrated at the AcheinuFlatbush Event. The special formula that has made Acheinu a leading force in successful kiruv in Eretz Yisraelwill be presented to the assemblage. Acheinu’s remarkable, 93% success rate stems from its desire to bring accountability to kiruv and is based upon its three-step program: 1. Mentoring 2. Enrollment 3. Follow-up.

Reb SimchaAppelgrad, host of the beautiful breakfast event that will be catered by Bagel’s N Greens, has visited some of Acheinu’s institutions in Eretz Yisrael. He related how, “Just walking into their BatteiChizuk and Yeshivos; just seeing how they reach out to these kids with love and a sense of mission, inspired me to no end.”

You too will be deeply inspired on Sunday, December 6 at 9:15a.m, by the words of guidance from Rav Bender and by hearing about the life-saving work of Acheinu. It’s an event you won’t want to miss!