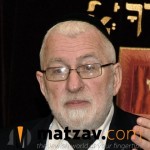 Rav Schachter was in Los Angeles to speak at the Orthodox Union’s Annual West Coast Torah Convention.  Two of the sessions were hosted by the LINK Kollel. In a shiur for community rabbonim and the avreichim of the kollel, Rav Schachter gave a detailed overview of the many types of botei din and their various halachic responsibilities. From hataras nedarim to Choshen Mishpat, and from gittin to geirus, Rav Schachter offered a masterful delineation of their halachic duties.

He also inveighed against abuses in the current system, especially as they pertain to the overreliance on toanim (legal advocates) during court proceedings, rather than the dayanim hearing from the litigants themselves. He also recommended several steps that dayanim themselves should take to restore the prestige and respect for botei din. Finally, he criticized the unscrupulous granting of heteirim to kohanim that permit them to marry geirim and gerushos.

Later on, on leil Shabbos Parshas Vayaishev, LINK hosted Rav Schachter for a gala oneg Shabbos, attracting a crowd of nearly 150 men and women. In between spirited zemiros, Rav Schachter addressed three areas that he feels are being distorted by those with a non-mesorah-based agenda.

He first discussed how various opinions in Shas were utilized to bring out the major teachings of the Oral Torah. At the same time, consensus arose as to which opinion the halachah would follow. The same “winnowing out” of acceptable and non-acceptable opinions continued throughout the ages until today. Thus, one cannot cite a minority/rejected opinion from Chazal or from the Rishonim in order to advance a particular agenda, as is unfortunately being done by some today.

He then proceeded to discuss the “culture” of halachic reasoning and p’sak. A person can know all of Shas and poskim and still be an am haaretz, he stated, if they do not have a mesorah from a rebbi regarding how to put all this information into a proper perspective. Ultimately, only the gedolim who have so inculcated this “culture” and are saturated with a concomitant sense of yiras Shomayim can truly decide the weighty issues of the day. Tragically, he concluded, those who have tried to innovate in halachah have completely overlooked this crucial ingredient.

Finally, he addressed head-on those who have broken down established norms: women’s roles vis-a-vis public religious leadership. Rav Schachter offered an overview of the concept of tznius, which is not merely a dress code, but one’s whole deportment in how they interact with the world around them. It’s bad enough, he exclaimed, that men are sometimes forced to take on public roles. Why are the innovators attempting to do this with women, who have so zealously safeguarded this trait of inner and outer modesty for the three millennia of Jewish history?