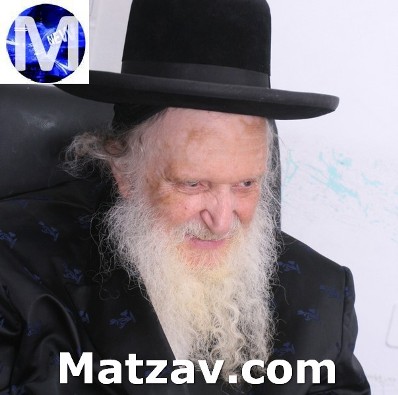 [Letter below.] Following the letter written by Rav Chaim Kanievsky and Rav Nissim Karelitz condemning the radicals who have defamed Rav Moshe Shternbuch, gaon av bais din of the Eidah Hachareidus, the rabbonim of the Eidah Hachareidus published a strongly worded letter calling out these people, who identify with the Asra Kadisha organization, which is supported by Rav Zalman Leib Teitelbaum of Satmar and whose president is Rav Yitzchok Tuvia Weiss.

“We were horrified to hear that villainous individuals, who have no sense of Torah and no fear of Heaven, have acted like Zimri and wish to be rewarded like Pinchos, issuing words of hate, opening their mouths…to speak ill of hagaon ha’amiti, amud hahoraah, rabbeinu sar haTorah, Maran Haraavad Rav Moshe Shternbuch… Kol hamevazeh talmid chochom ein refuah lemakaso (One who defames a talmid chochom, there is no antidote  for his ailment). …As Chazal say, ‘Kol hacholek im rabo, kecholek al haShechinah.‘”

The rabbonim added: “… The Sifri states that one who is mevazeh a talmid chochom will ultimately be a kofer in Torah, a heretic…and it has already been ruled in Shulchan Aruch: Kol hamevazeh talmid chochom ain lo cheilek l’Olam Haba.”

The rabbonim said that they are “protesting with their full strength,” and “anyone who has a part in this will not be cleared from the judgment of gehennom.”

The letter is signed by twenty-five prominent rabbonim of the Eidah Hachareidis. Click on the image below to magnify the letter: 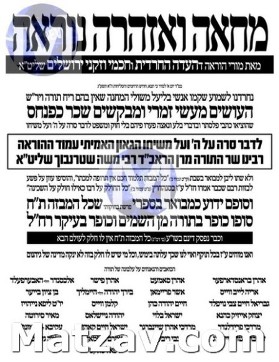 Last week, we reported that Rav Amram Oppman, dayan with the Eidah Hachareidis and dayan of Dushinsky, issued a strongly worded letter also condemning those who have spoken out against Rav Shternbuch, stating that the renegades have no cheilek in Olam Haba until they do teshuvah.”