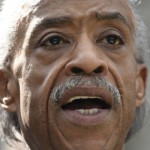 Chicago Mayor Rahm Emanuel should step down following the latest police shootings to stun his city, the Rev. Al Sharpton said Monday, complaining that the mayor “didn’t even come back off vacation” to be in his city.

“I’ve never seen this kind of detachment in the years I’ve been fighting, whether I got along with the mayor or not,” Sharpton, a panel guest on MSNBC’s “Morning Joe” program, commented. “How do you stay in Cuba on vacation?”

Emanuel did issue a statement calling for reforms after a police officer shot and killed 55-year-old Bettie Jones, an anti-violence activist, on Saturday and a neighbor, Quintonio LeGrier, 19, who was an emotionally troubled college student who had returned home on holiday break, reports The Washington Post.

Jones, a mother of five, was “accidentally struck and tragically killed,” authorities said.

Sharpton on Monday complained on the “Morning Joe” program that Emanuel has not done enough to deal with the situation in his city.

“You have a grandmother shot that one report’s saying one of the bullets went through the door coming in,” said Sharpton. “I mean, police go into the building, into the home with their guns drawn. So they say, oh, ‘oops, an accident,’ you kill a grandmother and then you shoot a young man that you claim had a bat.”

And then the mayor, who is still under fire for holding back video from last year’s shooting of teenager Laquan McDonald, until “past the election before the tape was released,” couldn’t come back from vacation and say to the family ‘I bring my condolences, I want to have hourly briefings.'”

But in New York, former Mayor Rudy Giuliani would would have handled the issue right, admits Sharpton, noting that he’d had several issues with the Republican while he was in office.

“Rudy Giuliani would be on the scene and get hourly briefings,” said Sharpton, but called Emanuel’s lack of reaction “the height of arrogance.”