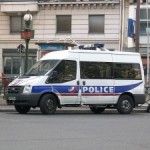 The rabbi attacked outside a Marseilles shul on Shabbos morning conveyed his version of events in an exclusive interview with the French-Jewish publication Actualité Juive on Monday.

Wanting to set the record straight, and to “restore some truth,” the rabbi — referred to only by the initial “A” — was responding to what he considers to be misleading reports in the French press about the attack on him, his 19-year-old son and a friend, by a knife-wielding assailant.

For example, the French daily Le Figaro made a point of stressing that the assailant, a Muslim-Arab in his 30s, was drunk and mentally unstable when he lunged at his victims with a knife, after hurling antisemitic epithets at them and mumbling “Allahu Akbar.”

The rabbi, still in shock a mere two days after the assault, in which his friend suffered multiple stab wounds to the abdomen, told Actualité Juive that while he appeared to have been tipsy, “The perpetrator was not crazy.”

The assailant knew exactly whom he was going after, the rabbi said. The location – outside of the Minchas Chalom shul on Shabbos morning – was not coincidental. “It’s because my son and I have beards and wear hats that we were attacked,” he said.

No less disturbing to the rabbi was the reaction of witnesses to the bloody scene. “We were attacked next to a café,” he recounted. “Patrons were there, but none intervened.”