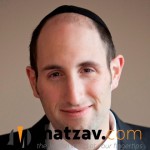 Yesterday, Republican presidential candidate U.S. Sen. Marco Rubio (R-Fla.) announced the formation of a board to advise him on matters of religious liberty.

“Marco is a leader of faith who understands that our country was rooted in the principle of religious liberty,” his campaign said in a press release announcing the new board. “As he strives to uphold this founding principle, he seeks guidance from faith leaders across the country who are dedicated to defending it.”

Among those on the advisory board is Rabbi Dr. Meir Soloveichik, rov of Congregation Shearith Israel/The Spanish & Portuguese Synagogue in Manhattan and director of the Straus Center for Torah and Western Thought at Yeshiva University. Rabbi Soloveitchik is a great-nephew of Rabbi Yosef Dov Soloveichik, Rosh Yeshiva of RIETS.

The Rubio campaign’s director of faith outreach, Eric Teetsel, said religious liberty is the “cornerstone of the American experiment,” and that Rubio believes no one should ever be prevented from living according to their religious beliefs or coerced into doing something they don’t believe in. He said, in recent years, the debate over the role of religion and people of faith in the public square has risen yet again.

“The next president must stand up and defend the religious liberty of all citizens,” he said. “Marco and our team are honored to have at our disposal the collective wisdom of America’s foremost defenders of religious liberty. This diverse group represents men and women of many faiths and perspectives, including academics, pastors and advocates. We intend to take full advantage of their input and wisdom as Sen. Rubio fights to protect Americans’ religious liberty in the 21st century.”