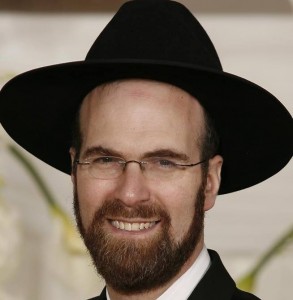 It is with great sadness that we report the passing of Rabbi Dovid Winiarz z”l in a tragic traffic accident this morning.

Rabbi Winiarz had been traveling from his home in Willowbrook, Staten Island, to the AJOP Convention in Hunt Valley, MD, when the accident occurred.

Rabbi Winiarz was a beloved mekareiv and rebbi who worked to connect numerous Jews with their heritage. He was a baal chessed who was involved in many chessed organizations and gave of himself for anyone at any time. He was a kiruv dynamo whose heart embraced one an all with positivity and inspiration. His sudden passing has plunged his community, friends and the greater Jewish world into mourning.

Rabbi Winiarz was a victim of a treacherous ice storm that hit the Northeast this morning. The accident that claimed his life occurred at 7:30 a.m. near the intersection of Route 23 (East West Expressway) and High Point Road in Harford County, Maryland. Three passengers in the car with Rabbi Winiarz were rushed to the hospital.

Rabbi Winiarz is survived by his devoted wife and their ten children.

One of the last Facebook posts written by Rabbi Winiarz last night stated: “I will be travelling Motzoei Shabbos/Saturday nite with the encouragement of my wife and children to a convention in Baltimore … If I am delayed in replying to messages, please bear with me.”

Rabbi Winiarz was known as the “Facebuker Rebbe,” one of his creative approaches to reach unaffiliated Jews. He founded Survival Through Education Foundation, a kiruv undertaking, and operated a food pantry in Staten Island, among many other charitable undertakings.

The levaya will be held tomorrow.