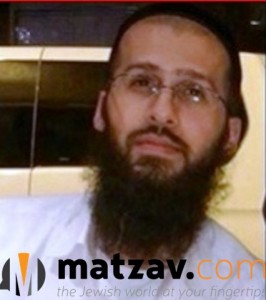 The casualty in the Tel Aviv today has name identified as Rabbi Aaron Yesayev Hy”d, a resident of Cholon. He was 32 years old.

Born on 3 Nissan in 1983 in Tel Aviv, he became religious several years ago and experienced great aliyah in Torah and yiras Shomayim. After he married, he moved to the nearby city of Cholon.

Reb Aharon is survived by his wife and five children. His youngest is just two months old.