The most recent siyum made by the venerable gaon took place this morning, Erev Pesach, following the vasikin minyan at the Lederman Shul on Rechov Rashbam in Bnei Brak, where Rav Chaim regularly davens.

In addition to a large number of bechorim who joined so that they would not have to fast the customary taanis bechorim on Erev Pesach, a large crowd gathered to watch as one of the gedolei hador made a siyum on all of Shas.

Following the siyum, Rav Chaim exited the shul – which had been cleaned for Pesach – and made a lechaim outside. He then participated in biur chometz.

Interestingly, several years ago, Matzav.com reported that a yungerman visited Rav Chaim’s father-in-law, the posek hador, Rav Yosef Shalom Elyashiv zt”l, and asked him if one may recite the bracha of “Shecholak meichachmaso liyerei’av“ on Rav Chaim.

The bracha of “Shecholak meichachmaso liyerei’av” is customarily recited upon seeing a person who has been blessed with knowledge of the entire Torah. As is well known, Rav Chaim Kanievsky is a virtual boki in kol haTorah kulah.

Without hesitation, the posek hador responded that there is no question that one may make thebracha on Rav Chaim.

The yungerman then asked whether the bracha should be recited b’sheim umalchus.

Rav Elyashiv replied, “When I said that you can make the bracha, I absolutely meant a regular bracha with Hashem’s name.”

Each day, Rav Chaim learns Shas Bavli, Shas Yerushalami, Nach, Rambam, Shulchan Aruch, Mishnah Berurah and more. Over the course of the year, he also completes Medrash Rabbah, Medrash Tanchumah, Sifra, Sifri and Tosefta. He also says 10 perokim of Tehillim each day before davening, but this only takes up a small portion of his day. He also spends time writing his chiddushim and seforim. 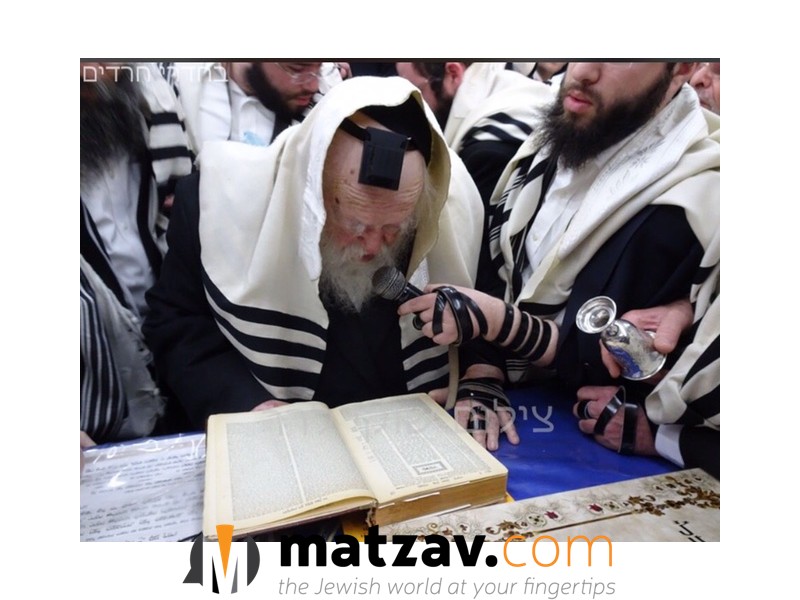 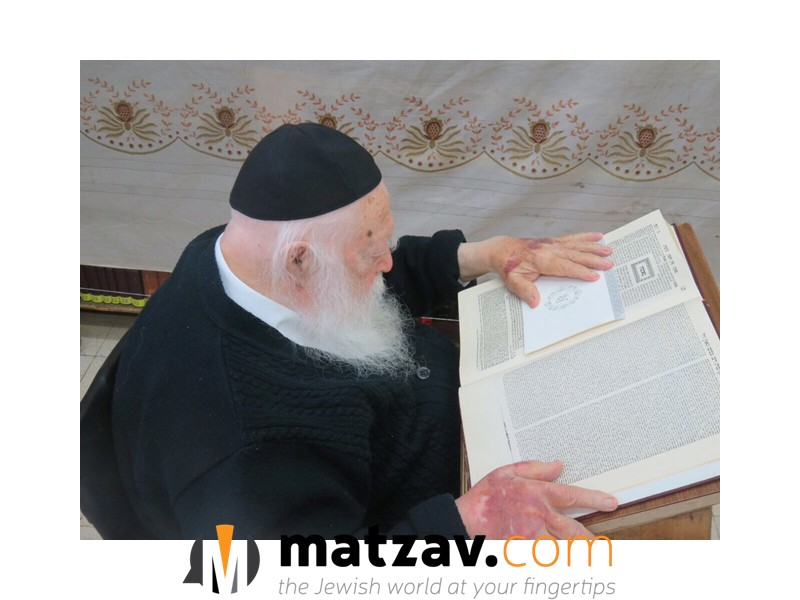