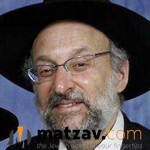 It is with great sadness that we report the passing on Friday night of R’ Chaim Yechiel Rothman zt”l Hy”d, who spent almost a year fighting for his life at Hadassah Medical Center in Yerushalayim after being seriously hurt during the Haf Nof massacre on November 18, 2014. R’ Chaim Yechiel succumbed to his injuries on Motzoei Shabbos.

R’ Chaim Yechiel, or Howie as he was known to many, was 54. He becomes the fifth kadosh in the attack on the Har Nof shul, Kehillas Bnei Torah.

Also tragically killed in the attack was the heroic Master-Sergeant Zidan Saif (30), the Druze police officer who tried to fight off the terrorists and who was posthumously promoted to First Sergeant.

R’ Chaim Yechiel was still fresh from celebrating the birth of his first granddaughter when he was struck in the head by an axe wielded by a Palestinian attacker in the Har Nof tragedy.

Raised in Toronto, R’ Chaim Yechiel graduated from the Community Hebrew Academy of Toronto in 1979 before studying computer science at York University, where he met his wife, Risa Dodick from Windsor, Ontario. They married in August 1986.

The couple lived in Eretz Yisroel for the past 30 years, raising 11 children, the youngest of whom is 4 years old.

R’ Chaim Yechiel’s mother, Mollie – as well as most of his siblings – reside in Canada.

Ten years ago, R’ Chaim Yechiel’s oldest son, Eliyahu Mordechi, was killed at the age of 17 after falling off a cliff while riding his bicycle through the Yerushalayim Forest.

R’ Chaim Yechiel had worked as an auditor for Office of the State Comptroller of Israel.