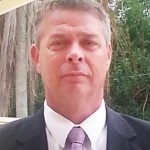 Joseph K. Moore, president and CEO of First Defense Nasal Screens, is a “Shark Tank” legend. At the end of his pitch, most of the sharks were making offers, and Robert Herjavec offered him $4 million for the entire business-the largest offer in the show’s history.

Moore turned it down.

What was it about his presentation that sent the sharks into a feeding frenzy? He pitched a lightweight nasal screen that reduces the inhalation of allergens, pollen and pollution, and asked for $500,000 for a 10 percent stake.

The sharks thought it was a joke at first, with Mark Cuban asking, “Are you kidding me?”

But when Moore said he had sold 1.7 million units at 60 cents wholesale, with a client overseas who had given him an $8 million contract, they realized the product’s full potential. They started making multiple offers, including the record-breaking $4 million.

Not wanting to sell the entire business, Moore instead accepted a joint offer on the show with Kevin O’Leary, Daymond John and Cuban for $750,000 for a 30 percent stake and a 10 percent perpetual royalty. Cuban had to kick in season tickets to Mavericks games.

So, how has First Defense Nasal Screens been doing since Moore’s appearance? What is it like to turn down millions of dollars on national TV? And how much would he have been willing to sell his company for?

Check out the Q&A with Joseph K. Moore.

How would you describe the ‘Shark Tank’ effect on your business?

The effects have been tremendous. … We are now in 30 countries and should be totally global within the next 12 months. We also have a new size for Asia, and have two patents finalized and more pending worldwide.

What was the immediate impact on your business after the show premiered?

We were overrun with orders, thank-you’s and distributor inquiries. We had our website built to handle large volume, and it still went down as it couldn’t handle the traffic. 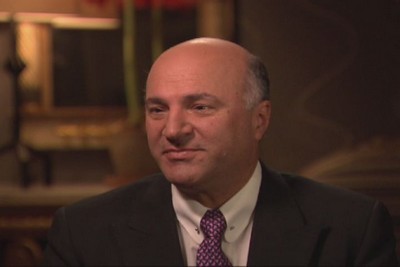 What’s your advice for prospective business people who are about to go into the tank?

Be prepared, don’t be greedy but also don’t be willing to give it away. Stand your ground if you believe in your product, and of course know your valuation.

What was your biggest surprise from appearing on the show?

My biggest surprise-besides all the traffic and orders and interest-is how many people contacted me from around the world after they saw [the show] in their country. … I just heard from people in Portugal and Panama who just saw it as it continues to air globally.

Also, how many people recognized me when I was traveling. One guy recognized me at my hotel in Hong Kong. He was from Madrid, a renowned designer, and when someone tried to introduce me he said, ‘I know him-he’s my hero. … He’s a celebrity; he turned down the largest contract in TV history.’ It made me really realize how much “Shark Tank” had done for us, how vast an audience it has and what a small world it is.

Can you tell us anything that happened that didn’t make it onto the show? Your favorite thing left on the cutting-room floor?

The main thing I can think of is when Mark Cuban asked me if there was an amount he could write a check for and buy the company, and I said, ‘$10 million and a small residual.’ I thought they would show that.