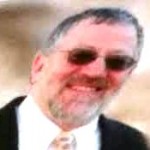 “East Ramapo” is by now well-known to our readers as the name of the school district encompassing Monsey and other heavily Orthodox communities about an hour north of New York City. From 2005, when the nine-member East Ramapo school board first gained an Orthodox majority, until the present, there has been a steady stream of charges and counter-charges flying back and forth between the public school and yeshiva communities. This has been accompanied by a predictable media narrative of the Orthodox invading and then dominating a previously tranquil suburban community, and of Orthodox Jews engaged in shady dealings and self-enrichment at the expense of a hapless minority community.

It’s an all-too-familiar scenario, a replay of the inter-communal strife over educational issues that has beset other centers of Orthodox life like Lawrence and Lakewood. No one disputes that the East Ramapo district is ailing fiscally, that there have been significant cuts to staff and services and that academic performance within the largely minority and poor public school student population is dismal. What is, however, a matter of red-hot contention is where the responsibility lies for this sad scenario.

Last year, Henry Greenberg, a state appointed fiscal monitor, delivered a scathing indictment of the school board for putting the needs of the district’s 24,000 yeshiva students ahead of those of its 8,500 public school children. He recommended that the state be given veto power over all school board decisions, but a bill to enshrine that in law failed in the state legislature. This summer, the new state education commissioner appointed a team of three monitors to maintain an ongoing presence in the district in an attempt to build bridges between the warring communities and began the process of rehabilitating East Ramapo’s educational system.

Last week, the monitors, led by Dennis Walcott, a former head of the New York City public school system with long-standing warm ties to the Orthodox community, delivered their report. It praised the school board’s president, real estate developer Yehuda Weissmandl, as an “an active partner… [who] has been accessible at all hours and has listened [to] and implemented suggestions to improve board practices.”It also acknowledges that the district’s costs outstrip its revenues and that the board made cuts only to non-mandated services in order to ensure that mandated services would continue to be provided both to public school students, as well to private school students in the form of transportation, special education and textbooks. Finally, the report recommended that the state provide a one-time infusion of $12-15 million to help revive the district’s flagging finances.

Yet, the same report also accused the board of “persistently fail[ing] to act in the best interests of public school students,” and its list of 19 recommendations includes three that have outraged the Orthodox community in Monsey and beyond. It called for: legislative authorization for a monitor with veto power over board decisions, something that exists nowhere else in the state; the permanent reservation of three of nine board seats for public school parents, to be voted for exclusively by the district’s public school parents, which Agudath Israel’s Rabbi David Zwiebel called an “astounding abrogation of the ‘one person, one vote’ principle that stands at the core of American democracy”; and the appointment  of an independent monitor to ensure the integrity of the school board election process, which, Rabbi Zwiebel observed, treats “East Ramapo as if it were some third world country where special election monitors are needed to oversee the integrity of the ballot box.”

Orthodox communal activists have vowed to carry the fight to scuttle these   recommendations to the highest levels of state government. We spoke with Harry Grossman, vice president of the East Ramapo Board of Education, who has served on the board for the past year and one-half, about the causes and potential solutions for the problems of this chronically troubled district.

THIS INTERVIEW FIRST APPEARED IN MISHPACHA MAGAZINE AND IS FEATURED HERE ON MATZAV WITH PERMISSION.

Can you tell us about your background? I grew in Queens, New York and attended PS 115 in the early grades until, as a result of a teachers’ strike, my parents switched me to North Shore Hebrew Academy. My sisters, however, stayed in the public school system through high school.  My own children have attended yeshivas but have pursued higher secular education as well.

Media reports often describe the East Ramapo Board of Education (the “Board”) as controlled by a Chassidic or ultra-Orthodox majority. How would you describe yourself religiously? I’m a Torah observant Jew in modern society, but I’m neither Chassidic nor ultra-Orthodox, and I have the Jets season’s tickets to prove it. Currently, there is an Orthodox, but not Chassidic, majority on the Board.

How has your experience with public school education influenced your perspective as a Board member? Well, I wasn’t in the public school system for all that long, although as I mentioned, my sisters were. But I did get to see how that teachers’ strike affected their education.

I am extremely interested in having the public school students of my district receive a quality education. This is true for both altruistic and pragmatic reasons. We all live in one community and it’s in their best interests as well as my mine for them to get the best education they possibly can. Children are the future of this country and it would be silly, and myopic, of me not realize that.

What is the central issue that has created fiscal difficulties for the district and led to many of the problems that the public school community blames on the Board, such as teacher layoffs, lack of full-day kindergarten and cutting of extracurricular programs?

The core problem is the funding formula. Foundation Aid, which is special aid that is supposed to assist high-needs districts like East Ramapo, looks at the wealth ratio, i.e. the ratio of the total number of public school kids relative to the total property value. Yet, East Ramapo is continuously short-changed.  Mount Vernon has virtually the same number of kids in public school with virtually the same demographics of public school population.  Yet, despite the two districts being almost identical, Mount Vernon receives $64 million in Foundation Aid while East Ramapo only gets $32 million.

Why does this happen? Because the district’s 25,000 private school children do not count in the ratio, yet their parents’ houses do indeed count in regard to the total property value of the district.

This anomaly makes the district look artificially wealthy and not in need of increased funding, despite the fact that 84% of the public school kids receive free or reduced lunch, i.e. are living in poverty according to the federal government, and 25% are English language learners (English is not their first language). As a result, while the district is legally required to provide transportation, special education services, textbooks and computers and software for its private school students, the state doesn’t take them into account in regard to the funding it provides to the district.

There are also other factors that have contributed to the district’s financial straits. These include the economic downturn of recent years, and the 2010 Gap Elimination Adjustment Law which has resulted in the state’s retraction of more than $40 million in promised aid to the district.

There is no justification for the gross distrust of the Board conveyed by the Monitors. After five audits by the state comptroller and constant oversight by the state education department, we may well be the single most investigated district in the state. I’ve been in business a long time, and an audit will always find things one can do better. But none of these investigations found any evidence of malfeasance, nor have the current Monitors or the previous one made any allegations of wrongdoing.

The Monitors themselves have praised this Board and its president for their work and cooperation, but say they worry about future Boards. We, in contrast, are following what’s happening with the state-appointed monitor in Lakewood and we worry about future monitors.

Can you respond to some of the specific charges that have been made against the Board? For example, New York State Board of Regents Chancellor Tisch accused it of “utterly failing” public school students by cutting full-day kindergarten, extracurricular programs and social workers in the public schools, while vastly increasing the amounts spent on transportation and special ed for private school students.

Extracurricular programs are not mandated by law, but the provision of special education services and transportation to all students, including those in private schools, is. So this is not a value judgment; we are required by law to use available funds for mandated services ahead of non-mandated ones.  We were ordered by the state education department to make these cuts not once, but twice, because the law requires us to have a balanced budget.

By the way, cuts like those we made have been taking place around the state and no one has called for veto power over school boards in those places. Last year, the nearby Clarkstown district made $10 million worth of cuts – teachers, assistants, freshman sports, etc.  Nobody cared.

The same is true for guidance counselors and social workers, who are so important for the educational success of our students, a high percentages of whom are poor or English-language learners. But when there is a budget shortfall due to a nonsensical funding formula, state funding cuts and other factors, we are required by law to fund mandated services first.  And of course we have greatly increased spending on private school students – that’s because the number of such students continues to burgeon and, again, we are mandated by state law to provide these services to them.

A New York Times writer charged that the Board arranged for closed school buildings to be “sold off or rented to yeshivas, at sweet discounts.”

To my knowledge, the Board has not undervalued any properties it has sold. The only way to determine the true value of a commodity is based on what buyers in the market are willing to pay for it. There are buildings throughout the country that are sitting vacant because nobody wants to buy them, and empty buildings cost money to maintain, too. In the building sales during my tenure, the process was handled professionally and fairly, but if no one’s bidding, we have to take the best price we can get regardless of the book value.

Given everything you’ve said, why have the Monitors alleged that the Board has “persistently fail[ed] to act in the best interests of public school students”?

You’ll have to ask them that question.

THIS INTERVIEW FIRST APPEARED IN MISHPACHA MAGAZINE AND IS FEATURED HERE ON MATZAV WITH PERMISSION.