The Kremlin wants Fox News and Bill O’Reilly to apologize for remarks O’Reilly made during a Sunday interview with President Donald Trump, during which O’Reilly called Russian President Vladimir Putin a “killer.” “We consider such words from the Fox TV company to be unacceptable and insulting, and honestly speaking, we would prefer to get an apology from such a respected TV company,” Kremlin spokesman Dmitry Peskov told reporters during a Monday call. Fox News told the Washington Post’s Erik Wemple that O’Reilly would address the demands for an apology during his Monday night show.

During the Sunday interview, O’Reilly pushed Trump on allegations that Putin authorized the killings of journalists and political figures who opposed him. “First of all, he says he didn’t do it. Many people say it wasn’t him. So who knows who did it?” Trump said of allegations that Putin ordered the death of former KGB agent Alexander Litvinenko. A British judge has previously ruled that Putin was likely involved in the killing. Read more. 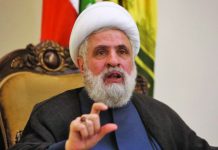