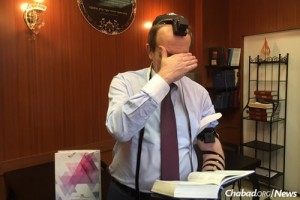 Alexander Levinthal, the newly appointed governor of Birobidzan, the storied “Jewish” oblast close to the Chinese border in the Russian Far East, took part in an unexpected celebration last week at a meeting with Jewish leaders in Moscow, after he was asked if he would like to put on tefillin.

Much to the surprise of everyone present, he revealed that he had never put on tefillin before. In an emotional explanation that followed, Levinthal expressed his gratitude to be finally celebrating the bar mitzvah he never had at age thirteen.

Levinthal had been meeting with Rabbi Berel Lazar, the chief rabbi of Russia. Accompanied by Chabad-Lubavitch Rabbi Eliyahu Riss, chief rabbi of Birobidzan, Levinthal was given a tour of the Marina Roscha Synagogue and Jewish Center and the adjacent Jewish Museum.

During the course of the visit, Levinthal unveiled plans to build Birobidzhan’s first ever mikvah, promising to begin construction within the coming months.

Located in Russia’s Far East, on the northern border of China, Birobidzhan (Birobidjan) was established by Stalin in 1931 as a Jewish Autonomous Oblast, meant to be the Soviet alternative to a Jewish Homeland, populated by Jews but devoid of any traditional Jewish life.

Part of a series of articles on Jewish life in the former Soviet Union in the 25th year since the formal dissolution of the USSR on December 26, 1991. 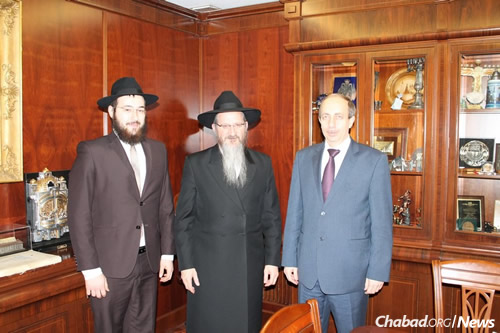 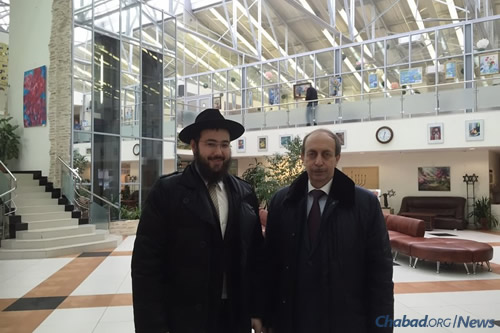