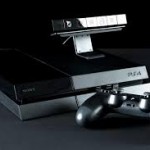 Despite rampant speculation over the weekend, it turns out that there is no proof ISIS used PlayStation 4 to plan the deadly Paris attacks.

According to Kotaku, the report originally came from Forbes quoting a Belgian foreign affairs minister, and seemingly linking PS4 communications to the Friday massacre. However, the minister’s speculation was made three days before the attacks.

“I misread the minister’s statement, because even though he was specifically saying that PS4 was being used by ISIS to communicate, there is no public list of evidence list of what was found in the specific recent raids,” the Forbes reporter confessed to Kotaku. Read more at Kotaku.