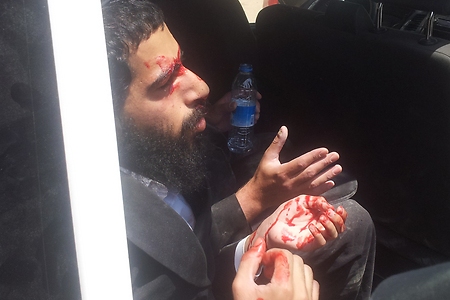 A small group of individuals gathered today for the third consecutive day of protests at the Goloventzitz construction site in Ramat Beit Shemesh, where the new Ramat Avraham neighborhood will be built. Protestors are up in arms over the work being done on what they say are Jewish kevorim.

Protestors were confronted by police officers and security guards, whom they called “Nazis” and “murderers.”

One of the guards responded to the insults by throwing stones at the protestors, and the guard was taken in for questioning and fired by the private security company he worked for.

One of the protestors suffered a head injury after being hit by a police officer.

The protests first began on Monday, when 29 people were arrested.
There is a dispute among poskim as to the status of the construction site with regard to the kevorim.