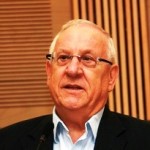 President Elect Reuven Rivlin is to be sworn in this Thursday as Israel’s 10th president, amid Operation ‘Protective Edge’. Following a meeting with Knesset Chairman Yuli Edelstein today, they have decided together to hold the ceremony in a reduced and downscaled fashion.

In a joint statement they said: “The inauguration ceremony will take place as planned on the official date, during which the president will swear allegiance to the State of Israel. However, at a time when the IDF’s soldiers are engaged in fighting and the citizens of Israel are under a threat of rocket fire, we believe that the ceremony should be held in a reduced and modest fashion. We strengthen the hands of the IDF in its holy mission to bring peace and quiet to all of Israel’s citizens, hopefully very soon.”