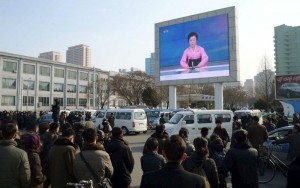 The United States, Japan and South Korea vowed on Wednesday to present a united response to North Korea’s claim to have successfully detonated a hydrogen bomb.

The Hermit Kingdom said it conducted a “minituarized” hydrogen bomb test on Wednesday, but experts have argued the seismic activity generated by the blast was not big enough to qualify as a full thermonuclear explosion.

South Korea said Thursday it would retaliate by resuming cross-border propaganda broadcasts, which the North has considered an act of war. Read more at BBC News.