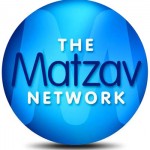 It was a great story, but perhaps it was too good to be a true: a world-renowned frum philanthropist’s employee winning the Powerball after he bought thousands of tickets for his workers.

Matzav.com broke the story earlier today, but sources now indicate that the nurse who was thought to have won the Powerball was actually pranked by her own relative.

The mother of seven, who works at the Park Avenue Health & Wellness Center in Pomona, owned by Reb Shlomo Yehuda Rechnitz, received a phone call from her son declaring her as one of the three Powerball winners.

The nurse even received a picture from her son of what she was told was the winning ticket.

But her daughter has since told her that the son was joking around.

The manager of the nursing home, Dudi Levy, had told Matzav that she was the Powerball winner, unaware of the prank.

It has been a bizarre turn of events, to put it mildly.

It should be noted that some speculate that the family is denying that the nurse won in order to evade the publicity that would ensure.

None of the three winners have claimed their tickets, lottery officials have said.