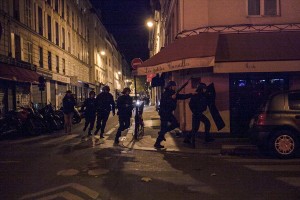 The pontiff made the statement in a telephone interview with the Italian Bishops’ Conference’s official television network.

The pope has used this term before, always emphasizing the word “piecemeal.” In September in Slovenia, at a commemoration at a WWI cemetery, he said: “Even today, after the second failure of another world war, perhaps one can speak of a third war, one fought piecemeal, with crimes, massacres, destruction.” Read more at Radio Vatican.