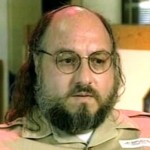 After 30 years imprisonment and numerous appeals for his release, Jonathan Pollard will leave the federal prison facility in Butner, North Carolina to start a new life. However, he will not yet be granted full freedom and is to be monitored closely by the US government.

Matzav.com was the first news source worldwide to report on Pollard’s release on parole based on information we received exclusively this past summer.

Pollard is to be released to the arms of his wife Esther and his family, who have been waiting 30 years while pleading ardently for his release. He is expected to steer clear of the media and live as far as possible away from the public eye.

After leaving the facility, Pollard will live in New York City and will not be allowed to leave US borders for the next 5 years. He will also be required to report regularly to a parole officer.

During this time, he will not be allowed to immigrate to Israel despite appeals to the US government regarding the matter. A suggestion was made by New York Democratic Representatives Jerrold Nadler and Eliot Engel that Pollard will renounce his US citizenship in order to ease his move to Israel has been rejected by the US Justice Department.

Pollard’s family members, lawyer and members of the Israeli association for his release keep silent in the meantime. They refuse to reveal any information regarding his future living conditions in the US, whether he will be allowed to leave, and what if any events are planned on the day of his release.

Pollards’ associates are cautious, avoiding any action that might affect his release due to any statement made to the media in light of the complexity his case evoked in US-Israeli relations. His family hopes that after his release, he will finally get to live peacefully, far away from the public eye.

At this stage, it is yet unclear what Pollard’s life will look like after his long incarceration but Israeli lawmakers are already eager to pass legislation which will improve his life. Likud Party member MK David Bitan has proposed a law that the State of Israel will finance his future expenses, including living, medical bills and a monthly allowance.

According to Bitan, Israel owes Pollard as a moral debt and therefore his suggestion should be accepted by the Knesset. He says that so far, 40 signatures from members of the Knesset have been gathered in support of his proposal to repay Pollard for his services.