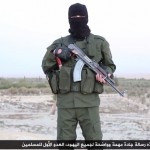 One in five British Muslims sympathize with British citizens who leave the United Kingdom to join the Islamic State terror group, according to a new poll published by The Sun newspaper and conducted by Survation.

The study surveyed 1,003 British Muslim citizens about their views on Islamic State as well as their religious and national identities. More than half of the respondents said the Muslim community has a responsibility to condemn terror attacks carried out by Islamic State, while 38 percent disagreed with that statement. Seventy-one percent of British Muslims said their British and Muslim identities were “equally important” to them, while 17% percent said their Muslim identity is more important.

Regarding whether “Western foreign policy” is the biggest factor in Islamic State attacks, 38 percent of respondents concurred, while a quarter blamed Islamic State leaders for “exploiting young people.”

British media are questioning the methodology of Survation’s poll, particularly on the issue of whether or not the sample was representative of the 2.7 million Muslims living in the U.K.

Survation conducted a similar poll for Sky News in March that showed 28 percent of British Muslims having sympathy for those leaving the U.K. to join fighters in Syria.