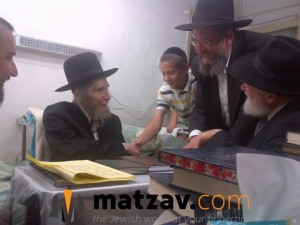 [Communicated Content] Rabbonim in Eretz Yisroel asked Reb Michoel Rottenberg, to launch an emergency campaign across the United States on behalf of Esther W. of Yerushalayim.

Three years ago, as Esther entered the stage of shidduchim her entire world fell into deep darkness as her beloved father and famous askan Reb Yehuda Aryeh z”l suddenly passed away.

Esther had a difficult life. Esther didn’t have an easy childhood like most children. When Esther was a young girl, her parents got divorced. Soon after, Esther found herself disconnected from her mother, and as an only child, she lived by her grandparents together with her father.

Esther wasn’t as fortunate as others, but Esther never dreamed that both of her parents wouldn’t walk her down to the chuppah.

Her elderly grandparents can’t take care of her properly anymore. They themselves live on a meager pension that doesn’t allow any extra expenses, surely not to care for Esther and take upon themselves the burden of a wedding and dowry.

Let’s all help Esther fulfill her dream to build an Bayis Ne’eman B’Yisroel!

With your donation you will bring her dream closer!

Checks could be made out to: