Former San Francisco 49ers quarterback Colin Kaepernick has been tapped as one of the faces of Nike’s 30th anniversary “Just Do It” campaign. 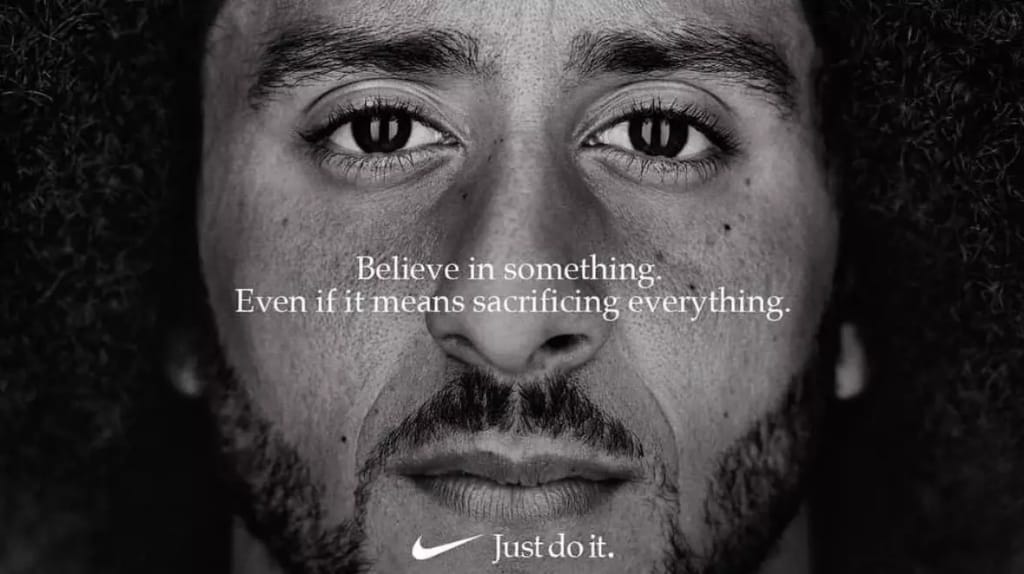 Kaepernick, who has been under contract with Nike since 2011, makes for an interesting choice to help lead the campaign since he is involved in an ongoing legal dispute with the NFL, one of Nike’s biggest business partners. Nike is the official provider of the NFL’s jerseys.

Kaepernick filed a collusion grievance against the league in October, alleging an organized effort to keep him off a roster because of his protests during the national anthem in the 2016 season.

Talks between Nike and Kaepernick’s camp started a few months ago, and the sides negotiated a new, multi-year pact, according to a person familiar with the agreement. Terms were not disclosed.

“It’s a top-level football deal, a deal that reflects him as an icon and an athlete, not just an athlete,” the person familiar with the agreement said.

The campaign represents a strong commitment by Nike, which wasn’t sure how to promote Kaepernick in recent years as he became a divisive figure. The protests during the national anthem, started by Kaepernick, embraced by other players throughout the league and criticized repeatedly by President Trump, have been a divisive issue for the league, players and fans. NFL ratings have declined since the protests began, though the cause is open to debate.

“It wasn’t a forgone conclusion that [Nike would] go this way, especially as he was being vilified,” the person familiar with the agreement said.

The quarterback began protesting racial injustice and police brutality in August 2016 by sitting during the national anthem. Kaepernick sat or kneeled during the anthem throughout the 2016 season and launched a movement of athletes doing the same.

Kaepernick has not been on an NFL roster since he parted ways with the 49ers at the end of the 2016 season. Stephen B. Burbank, the arbitrator assigned to resolve disputes between the NFL and the NFL Players Association arising from the collective bargaining agreement, ruled last week against the NFL’s request to dismiss the case.