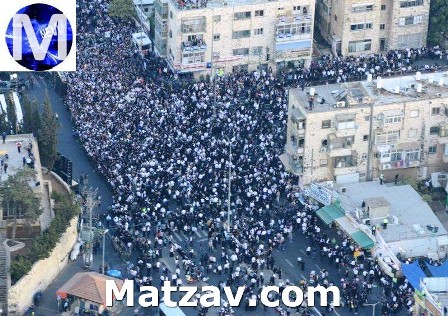 [Video and photos below.] This evening, a massive memorial ceremony was held in Yerushalayim, at the intersection of Rechov Bar Ilan and Rechov Shmuel Hanovi, to mark one week since the petirah of Chacham Ovadiah

Some 200 rabbonim graced the multi-level dais, as tens of thousands filled the surrounding streets.

See below for photos from the event: