The story is told of a yungerman who, upon the publication of his first kuntres, rushed to show his family the sefer and have them share in the simcha. His mother was overcome with emotion at the sight and burst into tears of joy upon the realization of a dream to have been zocheh to raise a son who grew into a ben Torah, a talmid chochom and a mechaber seforim.

There are many stories of mothers such as this one, but most of them happened decades ago in Europe. Are there still mothers who would shed tears of joy at their son’s success in Torah in 2017 in the United States. The answer is absolutely. The above story was told by a mechaber who published his first kuntres as a member of Bais Medrash Govoah’s Mifal Talmudo B’Yado program this past week in Lakewood.

Only one who has tasted the feeling of toil and accomplishment can understand the feelings of the participants who completed the three-year Mifal Talmudo B’Yado program. The effort and time that they have invested in developing, writing, editing and refining their chiddushim are now theirs to own, to hold and to take pride in. It is a feeling of accomplishment thanks to perseverance and hard work.

The Bais Medrash Govoah Mifal Talmudo B’Yado melava malka, held this past Motzoei Shabbos, paid tribute to these yungeleit and their monumental achievement. The daily life of a Bais Medrash Govoah kollel yungerman is not one of leisure. Their every moment is accounted for, generally consisting of three full sedarim, running errands, and dropping off, picking up and baby-sitting their children. Finding the immense amount of time necessary to focus on developing, writing and reviewing chiddushim requires tremendous effort and sacrifice by the mechaber and his family. The 450 current participants of the Talmudo B’Yado program have worked to creatively find time in their impossibly busy schedules to strive for that added level in learning. Over 100 mechabrim are now reaping the benefits upon completing the program and publishing their chiddushim.

The melava malka was prepared in recognition of the accomplishment of these yungeleit. The event was beautiful. The presence of all of the roshei hayeshiva on the dais greatly enhanced the evening for the mechabrim and their families. The Israel Henry Beren Hall at the yeshiva was majestically transformed from a beautiful dining room into an elegant event hall. Catered by BMG’s longtime chef, Mr. Aryeh Spilman, assisted by Daniel Levy, the food was delicious and beautifully presented. The drashos were inspiring and the seforim that were proudly displayed along one wall of the room were impressive. But most of all, the event served as an inspiration and a chizuk to the mechabrim, their dedicated wives and their families. Proud wives, parents, in-laws, and many grandparents joined together in support of these yungeleit and their families.

Yungeleit in the program commit to writing two shticklach Torah each zeman for five consecutive zemanim, totaling 10 shticklach Torah. Each shtickel is professionally edited and returned with suggested revisions and comments. Mechabrim then personally meet with one of a cadre of dedicated roshei chaburah and program advisors, who work with them to refine the shticklach. The roshei chaburah provide clear and focused hadrachah and feedback, enabling talmidim to hone their writing and comprehension skills. The last half a year of the program is spent revising and polishing all ten shticklach until they are perfected and ready for publication.

This particular melava malka celebrated the publication of the kuntreisim of 106 yungeleit, joining thousands of other kuntreisim that have been published since the roshei yeshiva founded the program in 2008. The program has since grown to encompass a publication department that assists all Bais Medrash Govoah yungeleit who wish to publish seforim, regardless of whether they have gone through the program or not. Mechabrim are provided with all the resources necessary to publish their seforim, from start to finish. Expert typists, editors, typesetters, graphic designers and printers work with the mechabrim to produce high quality products in a streamlined and efficient manner.

This year alone, the Mifal Publication Center has produced over 60 seforim, with many more in the works. Recently, one of the major distributors of seforim in the United States commented that the past several years have seen an exponential increase in the number of published seforim – which he attributed directly to the Mifal Talmudo B’Yado program.

This year, Bais Medrash Govoah expanded the Talmudo B’Yado program in order to offer the successful model to satellite kollelim around the globe. Yungeleit in Toronto, Los Angeles and Chicago are now submitting shticklach to the Talmudo B’Yado office, and plans are for several additional kollelim to be added in the coming year.

The speakers at the melava malka extolled the virtues of the program and the esteemed group of mechabrim celebrating the publication of their chiddushim. Rav Uren Reich, rosh yeshiva of Yeshiva Gedolah of Woodlake, highlighted the importance of writing chiddushei Torah.

“Imagine,” he said, “how incredibly great the Torah of Rav Akiva Eiger was, yet as great as it was at the time, the effect is even greater today, two hundred years later, because it was written and published, which gives all future generations access to it. It is the act of writing and publishing chiddushim that ensures their continuity and availability for future generations.”

He emphasized that such is the importance of teaching writing skills and enabling yungeleit to write down their chiddushim.

Rav Reich cited a compelling story about the Tzemach Tzedek, who made sure that there were writing utensils and paper in every room of his house for whenever a chiddush in Torah would come to mind. He placed such high value on writing thoughts of Torah that he wanted to be able to write them immediately, without delaying to find a pen and paper.

The next speaker has inside knowledge of the hard work and toil that the participants put into their handiwork. As one of the roshei chaburah working with the yungeleit to edit and refine their writings, Rav Boruch Ber Kahn gave attendees an inside view of the three years the mechabrim spend working on their shticklach. He explained that the feeling of success is so great at the completion of the program, because it is undertaken, many times, with no prior writing skills or experience, and the gains are that much greater. He told of a mechaber who completed his publication last year who was ready to give up after his first two shticklach because he simply didn’t believe he would be capable of making it all the way through. Yet, with encouragement, he persevered, ultimately completing the program. He was tremendously successful in his writing and development as a mechaber and ben Torah.

The last speaker, Rav Aryeh Malkiel Kotler, rosh yeshiva of Bais Medrash Govoah, delivered a passionate drasha emphasizing how writing chiddushim becomes an internalizing experience that connects the Torah to the essence of the writer, forming an eternal connection that lasts a lifetime and beyond. Rav Kotler quoted the Vilna Gaon, who derives this point from a number of pesukim in Mishlei that demonstrate that the process of writing chiddushim allows the writer to connect to the Torah on the deepest level. Rav Kotler concluded with heartfelt praise for the families of the mechabrim whose dedication and sacrifice ensure that they can focus on their development as bnei Torah through the writing and publishing of their chiddushim.

The evening concluded with heartfelt dancing, accompanied by music played by Shmuel Bassman and the singing of Yitz Henkin. The mechabrim departed the event uplifted and inspired, with a renewed dedication to their further growth and development as bnei Torah and mechabrim of chiddushei Torah. 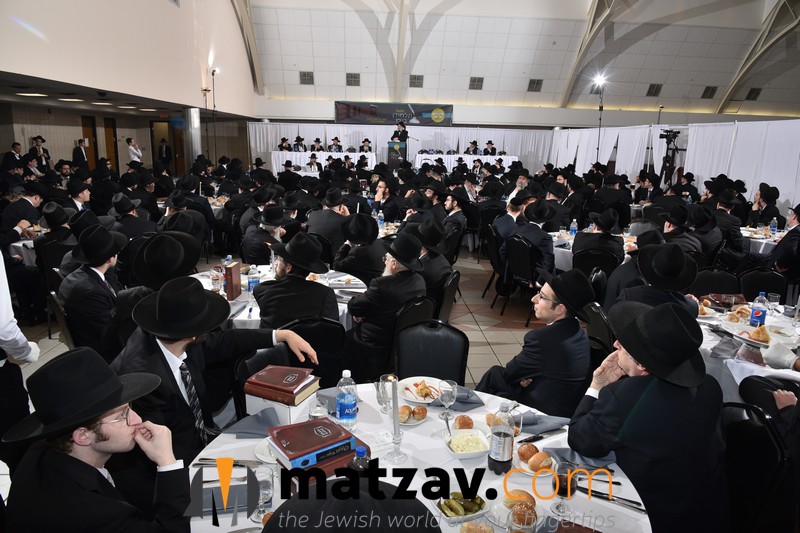 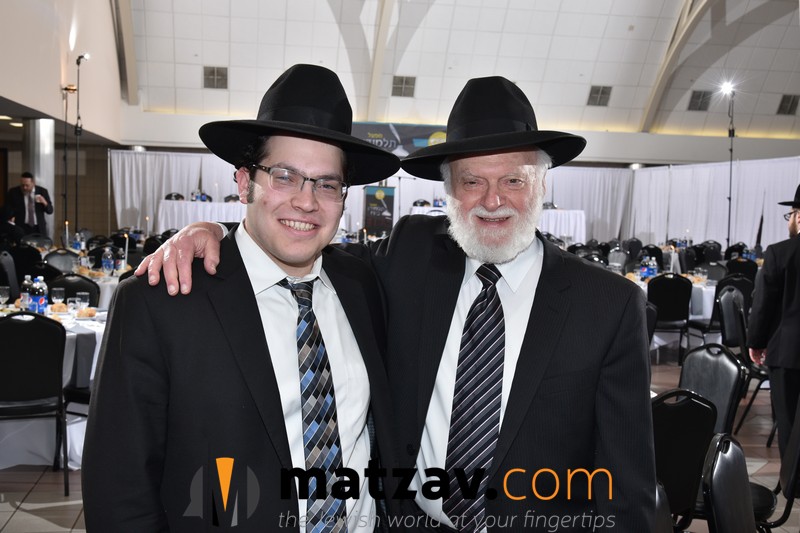 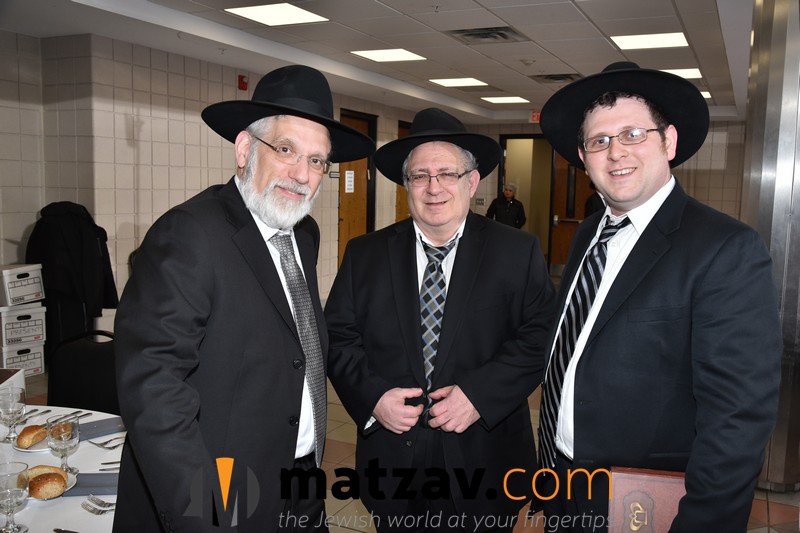 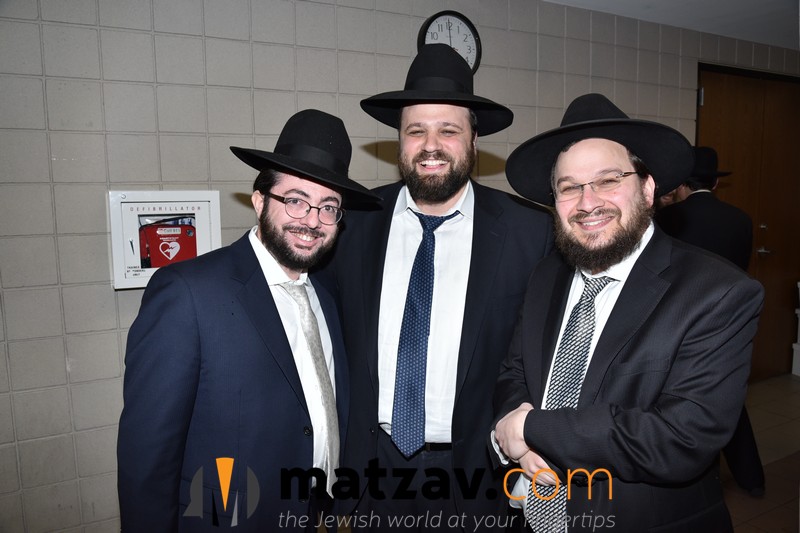 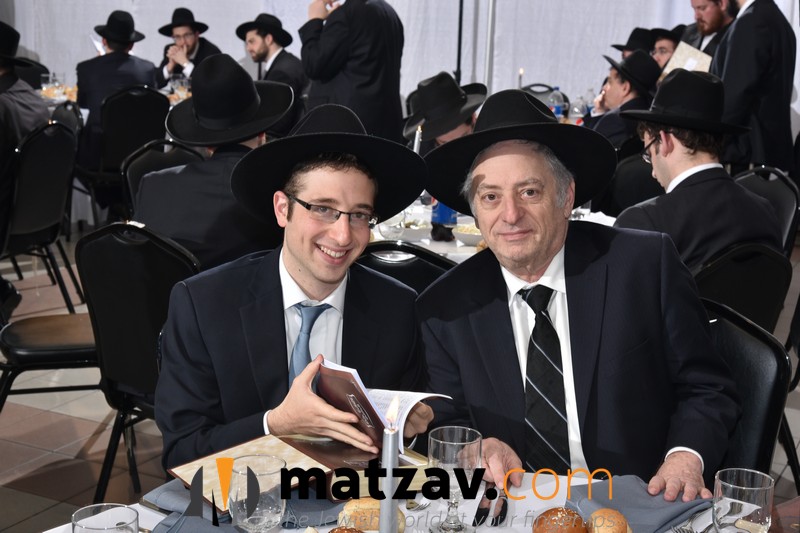 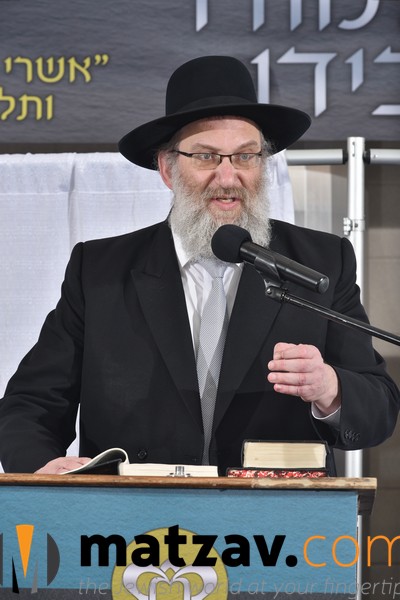 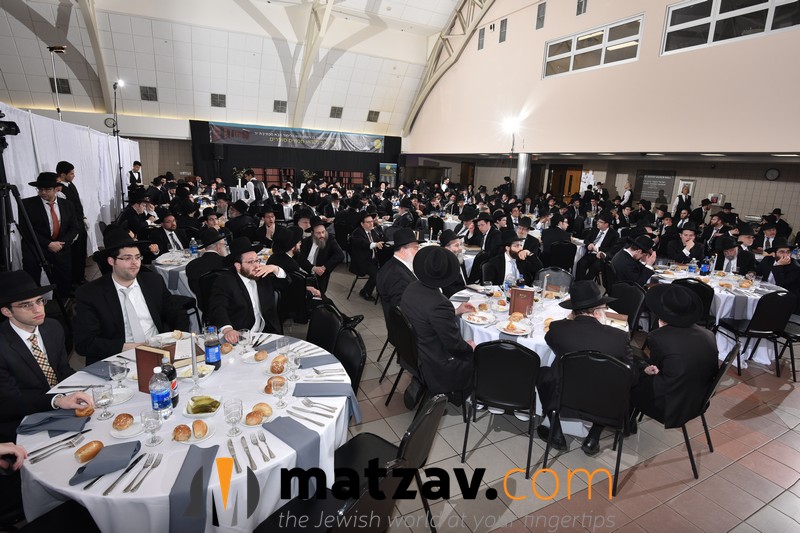 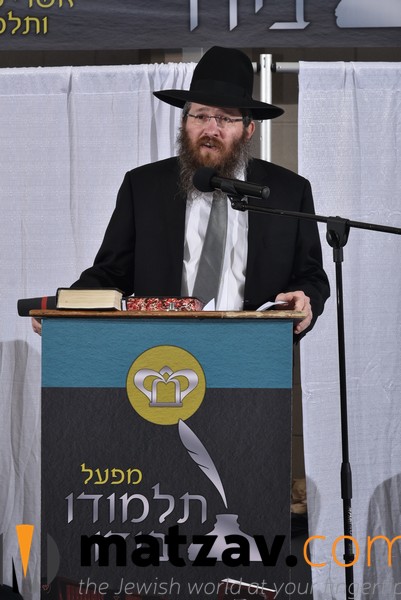 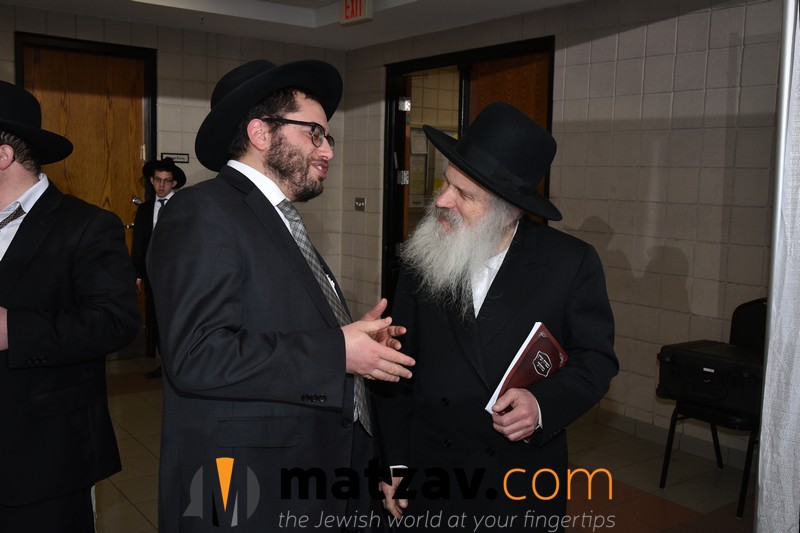 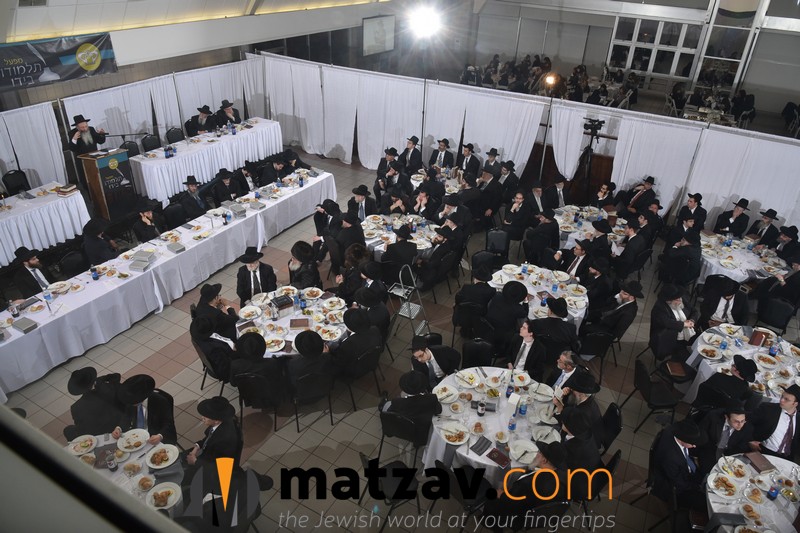 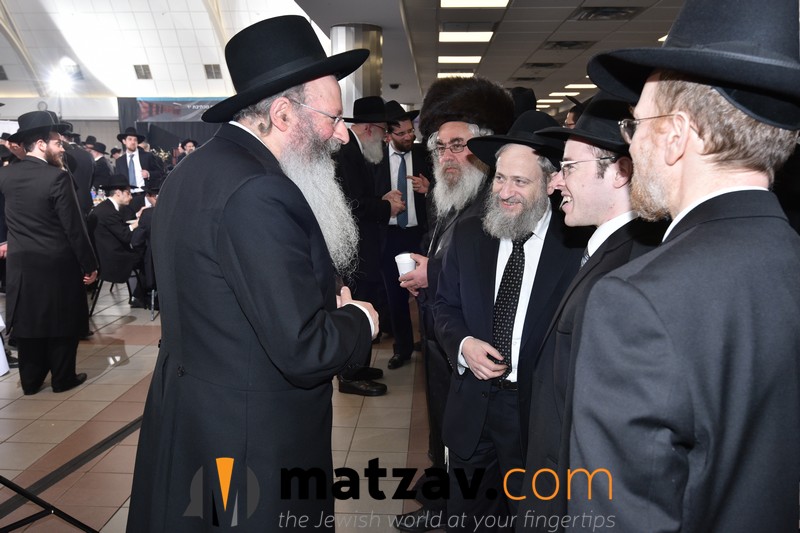 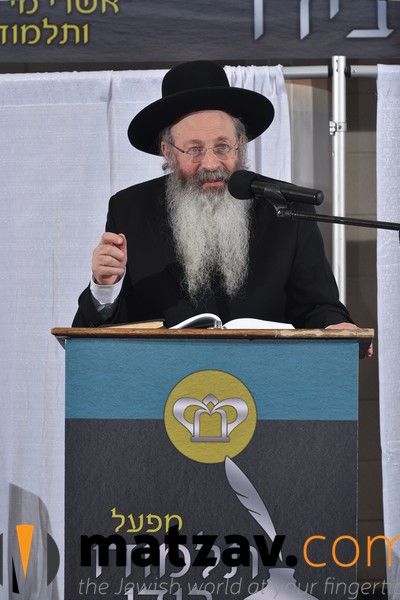 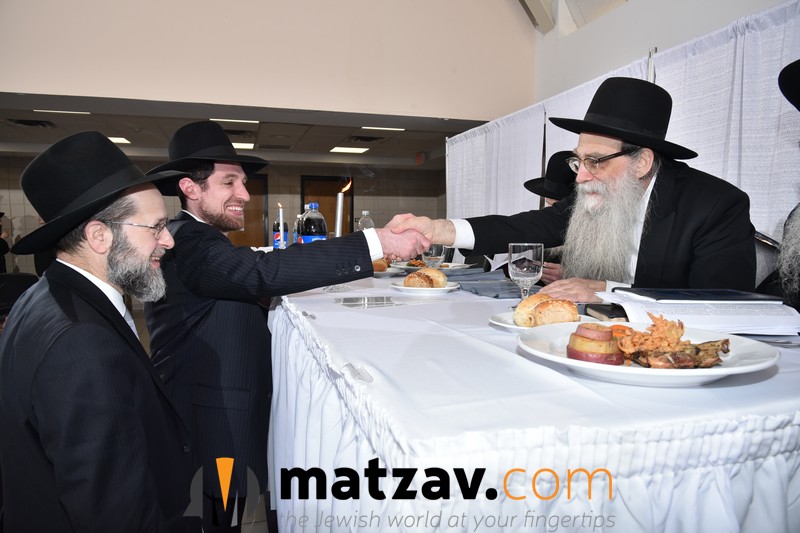 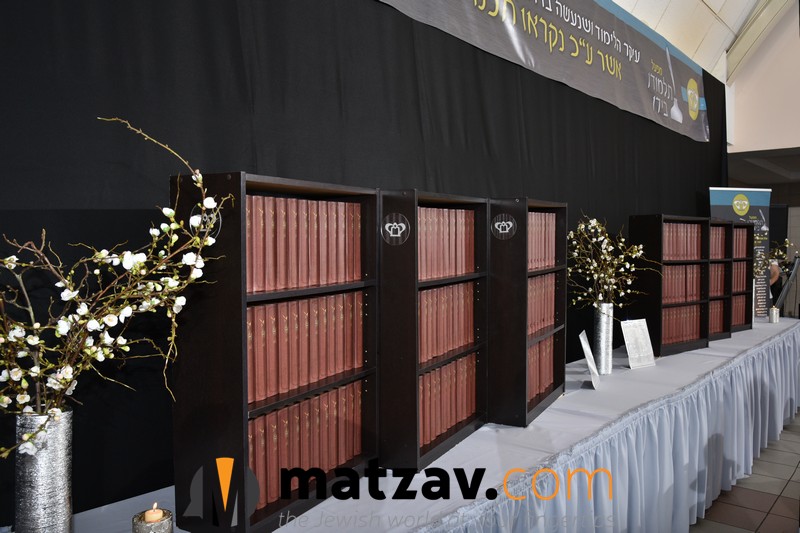