On Sunday, 5 Adar I/February 14, the Los Angeles Jewish community was honored by the arrival of the Vizhnitzer Rebbe, Rav Menachem Mendel Hager of Bnei Brak. This was to be the beginning of a ten-day visit by the rebbe, his first to Los Angeles.

Over 40 years ago, the rebbe’s father, Rav Moshe Yehoshua Hager zt”l, the Yeshuos Moshe, visited the West Coast. At the time, the rebbe was visiting a community that was growing and was far from completely formed. The number of shuls, schools and religious Jews were a minute measure of what constitutes the Jewish community of Los Angeles today. It was, however, a community of many Holocaust survivors who remembered his father, the Imrei Chaim, the fourth rebbe of Vizhnitz.

After settling in the home of his hosts, Mr. and Mrs. Michael Kest, the rebbe began his first day in Los Angeles with visits to two rabbonim, relatives and leaders in the community. The rebbe made his first visit to Rav Avrohom Halberstam, rov of Congregation Atzei Chaim. The rebbe and Rav Halberstam discussed family connection, divrei Torah and the rebbe’s first impression of Los Angeles.

The rebbe than headed to the home of Rav Chaim Boruch Rubin, rov of Etz Chaim in Hancock Park. Rav Rubin had invited various members of his kehillah to be introduced to the rebbe. Many stepped forward with their children to get a brachah from the rebbe. Rav Rubin remembered the visit of the previous rebbe and reminisced about that. Again, the rebbe shared divrei Torah with the guests and managed to convince many of those in attendance who he spoke to that they are Vizhnitzer chassidim through parents, grandparents or other Yidden from pre-war Europe.

The guests then rushed off with the rebbe to daven Minchah in shul before the formal kabbolas ponim. A large group had gathered in the social hall of Congregation Etz Chaim on Highland to greet the rebbe and attend the welcoming event.

The rebbe then addressed those in attendance with words of encouragement and commendation. The rebbe concluded with divrei Torah and brachah. The community then lined up to personally greet the rebbe and receive his brachah.

The rebbe visited and spoke to the talmidim at Yeshiva Toras Emes, Yeshiva Ohr Eliyahu and the Los Angeles Cheder. A special lechayim tish was arranged for the rebbe at Bais Naftali. On Thursday night, the rebbe delivered a shiur at the chassidishe kollel.

On Shabbos, the community had the opportunity to daven with the rebbe and spend Shabbos with chassidim from across the country who came to Los Angeles for this special visit.

During the week, the rebbe set aside time to visit privately with people. The rebbe stayed in Los Angeles until Tuesday afternoon and visited some other yeshivos before leaving. 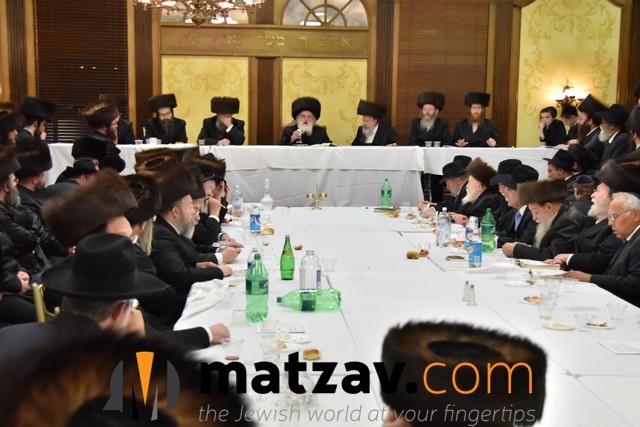 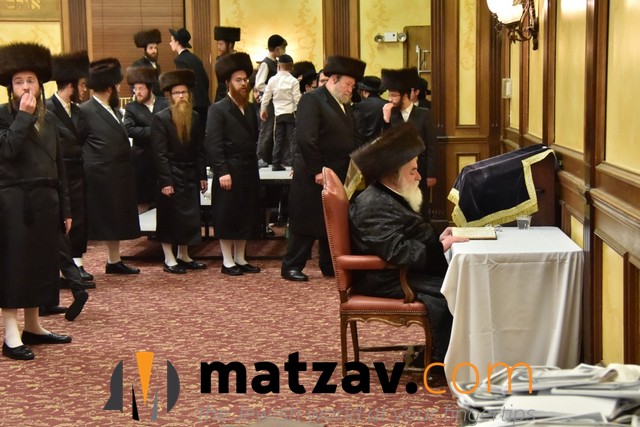 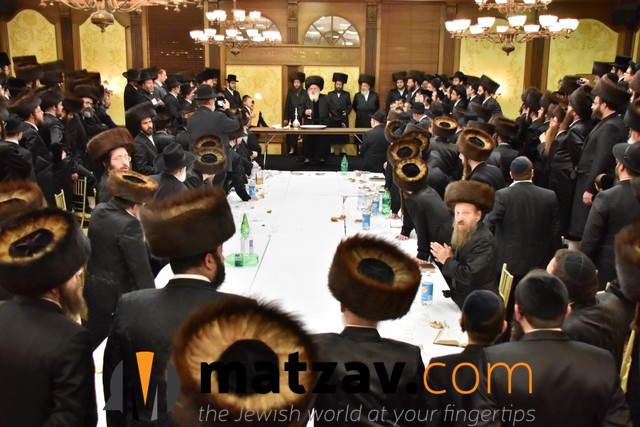 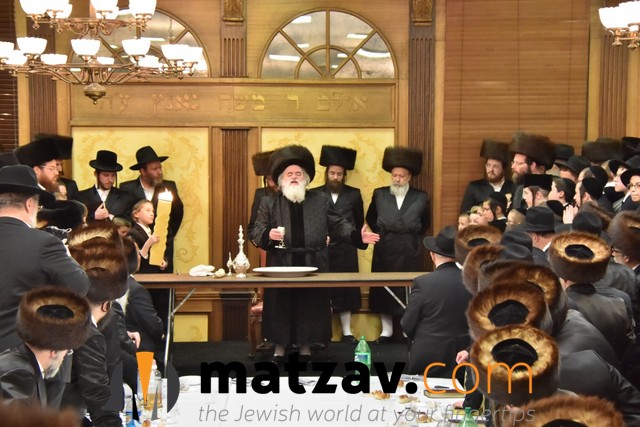 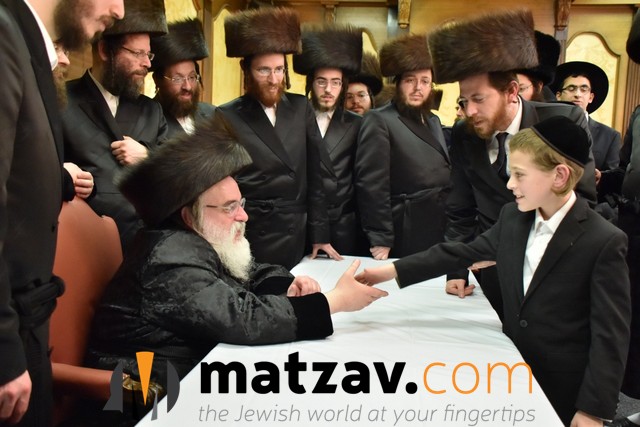