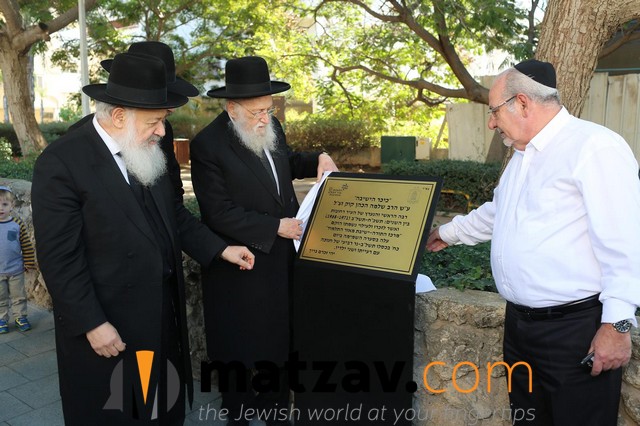 Right opposite  Rechovot’s  Torah Center, Yeshiva Meor Hatalmud, you will now see the new “Yeshiva Square – Kikar Hayeshiva,” dedicated last Friday in memory of Rav Shlomo Hacohen Kook zt”l who was killed 44 years ago in a tragic accident together with his wife and two of his children.  Rabbi Shlomo was the much beloved and admired Chief Rabbi of Rechovot at that time, and it is also in his memory that the famous Yeshiva Meor Hatalmud was founded.

Taking over as chief rabbi after his brother`s death, Harav Simcha Hacohen Kook embarked on the immense project of building a Yeshiva in Rechovot. Today Meor Hatalmud  is a thriving campus  with 500 Talmidim. In addition, Harav Kook has gained a reputation for promoting Torah and unity, in a town whose residents are both secular and religious. Respected and beloved by diverse segments of the public, the Rov has succeeded in creating a healthy dialogue with the municipality. It is in no small way thanks to the Rov, that the town council members – many of whom are far removed from Judaism-unanimously agreed to name the square in the center of the city “Kikar Hayeshiva.” Clearly, they all recognize the immense contribution Yeshivas Meor Hatalmud has had in building up a quality population in this town.

When Rechovot Chief Rabbi, Harav Simcha Hakohen Kook initiated the   founding of the Yeshiva in 1978, only 15 percent of the town`s children leaned in Shabbos observant schools.  Today over 50 percent of the children learn in religious schools.   The town -with its vibrant yeshiva headed by the Rovs brother Harav Avraham Hacohen Kook- has become a number one option attracting Talmidim and Avreichim from all over the country. Acting as a magnet for serious Torah scholars, Meor Hatalmud`s influence has gone well beyond its walls.

Speaking at the  ceremony, Harav Benzion Hacohen Kook, nine years old when  the tragedy took his parents, stressed that the new square  situated between Rechovot`s  historical Beit Knesset Hagadol where his father used to pray, and the yeshiva, symbolizes  the essence of his father`s life- “running  from the Beis Haknesses to the Beis hamedrash” .

Speaking  about the  tragedy that happened  years before, Rechovot`s Mayor Rachamim Mallul said that the whole country was shocked at the time   “but on the other hand today we are  happy with the legacy Harav Shlomo  gave us – the yeshiva  and this important family.” 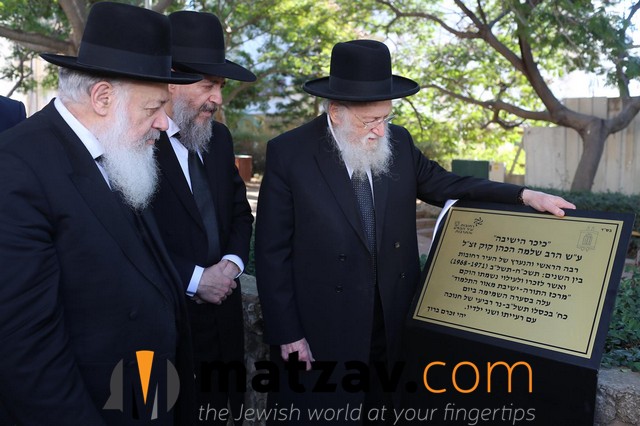 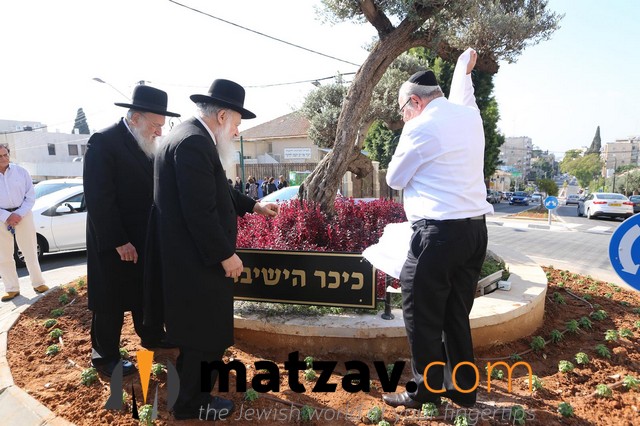 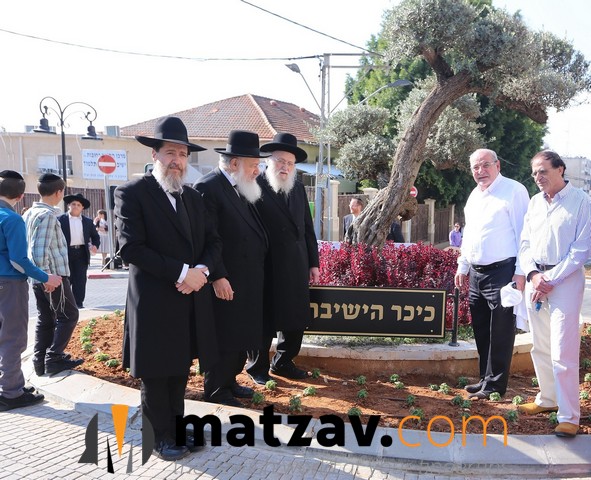 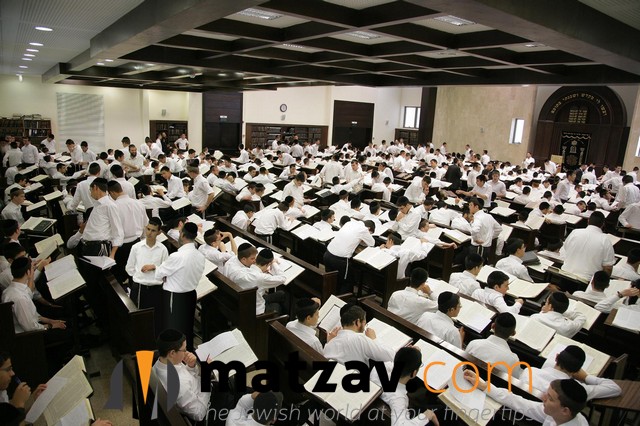