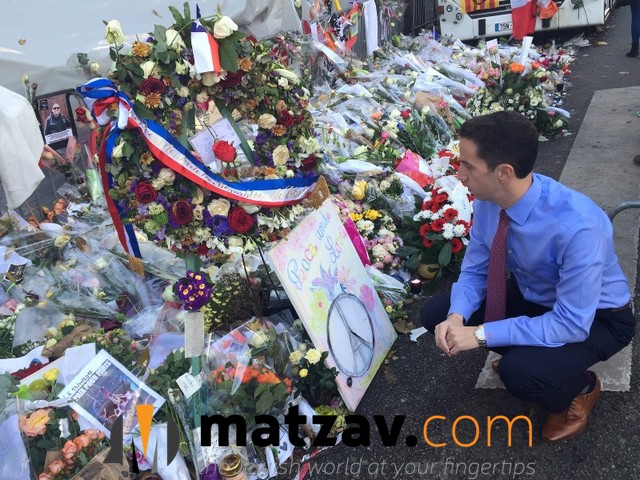 Paris, France – Just weeks after terrorist attacks struck Paris, France, killing more than one hundred, Assemblyman Phil Goldfeder (D – Rockaway Beach) travelled to the European capital on a solidarity mission to show support for the French people in the battle against violent extremism. Goldfeder’s visit included meetings with French and American officials, as well as victims of the November attacks.

“As New Yorkers, we unfortunately know the pain of terrorist violence all too well. Our communities in southern Queens and Rockaway have suffered great losses, including so many brave first responders,” said Assemblyman Phil Goldfeder. “I traveled to Paris to pay my respects to the victims and show the people of France that we stand with them as they try to recover from these heinous attacks.”

The two day trip, organized by independent radio station WFMU 91.1 FM, included a memorial concert and a solemn early observance of the one year anniversary of the attacks on French satirical newspaper Charlie Hebdo and a Kosher supermarket that killed 17 people last January.

During his brief stay, Goldfeder visited the impromptu memorials outside the Bataclan Cafe, the concert venue that saw the heaviest losses during last month’s attacks, and a memorial at the nearby Place de le République. At the Bataclan, the Assemblyman laid flowers in remembrance of victims and expressed the sorrow and anger felt by so many back in New York. According to Goldfeder, the visit reminded him of the similar expressions of grief that followed the September 11th, 2001 attacks.

Goldfeder also took the opportunity to be debriefed by American and French officials on the fight against the Islamic State (ISIS) and new security measures being put in place to prevent future attacks. With U.S. Embassy officials, Goldfeder discussed intelligence sharing between America and European governments and efforts to prevent the movement of terrorists across European Union states.

The Assemblyman’s discussions with Embassy officials were marked by the developing story on the December 2nd attacks in San Bernardino, California, which killed 14. On the same day as Goldfeder’s visit, FBI director James Comey testified before the Senate Judiciary Committee that the agency’s investigation showed husband and wife attackers Syed Farook and Tashfeen Malik showed signs of radicalization and dedication to Jihad both at home and abroad in the years prior to those attacks.

To hear the French perspective on recent events, the Assemblyman met with European policy expert Yves Bertoncini, a European Commission administrator and Director of the Jacques Delors Institute, a leading think tank. Goldfeder and Bertoncini discussed France’s new, growing role in the fight against terrorism around the globe. Last month, in an address to parliament, French Prime minister Francois Hollande vowed to “destroy” ISIS, pledging to build an international coalition to target the group’s territory in Iraq and Syria.

The Paris trip echoed earlier work by Goldfeder to reach out to communities facing similar experiences to those in his district. In 2013, Goldfeder traveled to Moore, Oklahoma to meet with victims of the category 5 tornado that leveled entire neighborhoods and left hundreds homeless. At the time, Goldfeder characterized the visit as an effort to “pay it forward” to communities that had helped in recovery efforts following Superstorm Sandy, which devastated southern Queens and Rockaway. The Assemblyman explained his trip to Paris in similar terms.

“In the world’s darkest hours, New Yorkers stand united in support of our allies and against terror,” concluded Goldfeder. 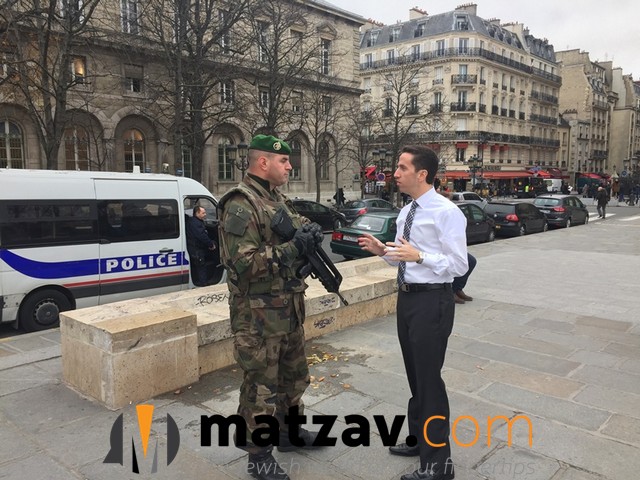 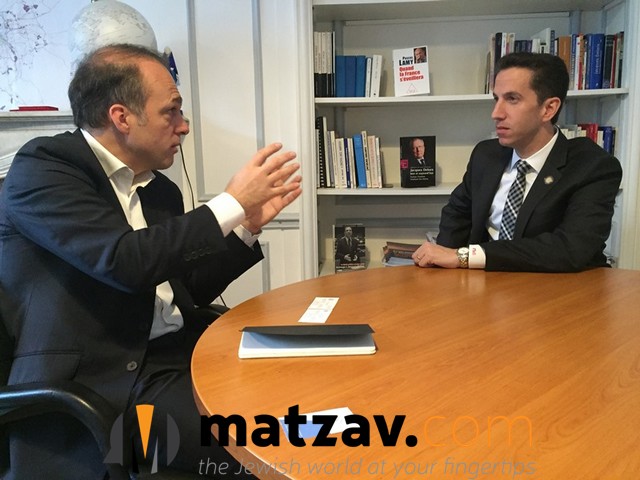 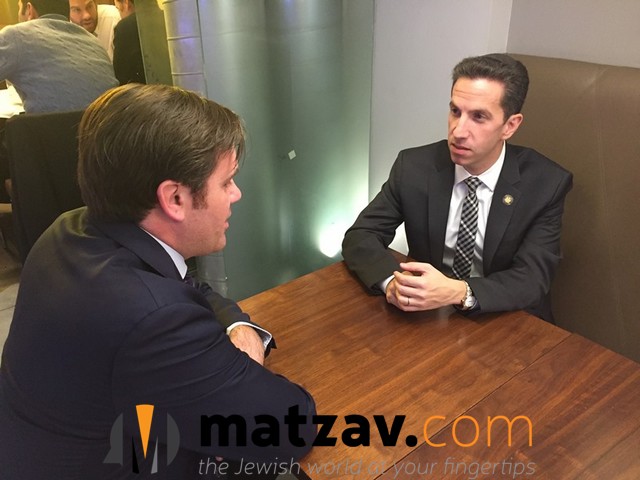