It was a Shabbos of spiritual elevation and kavod haTorah at the Annual Dirshu Convention which took place this past Shabbos in the Crowne Plaza Hotel in Stamford, CT. The Convention was attended by gedolei hador, roshei yeshivos and marbitzei Torah from around the world.

The Convention opened earlier in the week with a series of riveting panels and discussions led by rabbanim, roshei yeshivos, roshei chaburos and directors of Dirshu branches across the USA, Europe and Isarel.

After an elevated Tefillas Shacharis, a shiur klali was delivered by the Rosh Yeshivah Hagaon Harav Berel Povarsky, shlit”a, who riveted the large audience of lomdei Torah with a complex discussion regarding mitzvas bris milah, its obligations and fascinating angles of the mitzvah.

A surprise was in store for all prior to Tefillas Minchah when shlishi (the third aliyah) was auctioned off in lieu of learning dapei Gemara. Following a vigorous competition among several learners, a member of Dirshu’s Kinyan Shas program was awarded the zechus after pledging before the crowd of astounded mispallelim to learn 10,000 dapei Gemara! The event was awe-inspiring for many, and roshei yeshivos, especially, expressed their nachas and amazement that Dirshu members possess the capacity and aspiration to strive for such an enormous feat and complete such a large number of dapim in one year.

Following havdalah and a short recess, the Convention guests gathered once again, this time for a gala seudas Melave Malka whose highlight was the Siyum on Maseches Bava Metzia in the framework of Daf Yomi-Bavli, which was celebrated together with thousands of lomdei Torah around the world. Hagaon Harav Berel Povarsky, shlit”a, was honored with reciting the Hadran and Kaddish Gadol and also delivered the keynote address at the Melave Malka which was the main event of the Convention.

The Dirshu Convention concluded on Sunday morning with a series of discussions and symposia led by Dirshu branch directors from around the world, Dirshu Nasi Harav Dovid Hofstedter, shlit”a, and senior administrators of Dirshu from the USA and Israel.

Speakers throughout the course of Shabbos, and particularly during the Motzaei Shabbos Melave Malka unanimously praised the Dirshu Convention as a tradition of kavod haTorah that has transformed into one of the chief annual Torah events in the United States.

Dirshu Nasi Harav Dovid Hoftsteder, shlt”a, relayed divrei Torah and described the incredible scope of Dirshu’s accomplishments. Its efforts have reached to frum kehillos everywhere in the world with the goal of spreading and glorifying Torah and bringing nachas to Hashem Yisborach. The Convention concluded on an uplifted note with hearts singing in joy and neshamos ignited with a passion to continue striving, learning, and growing in limud Torah. 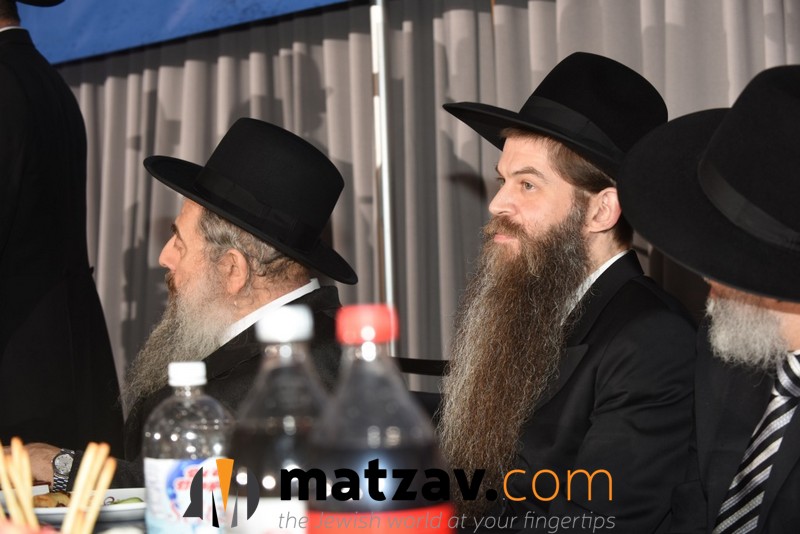 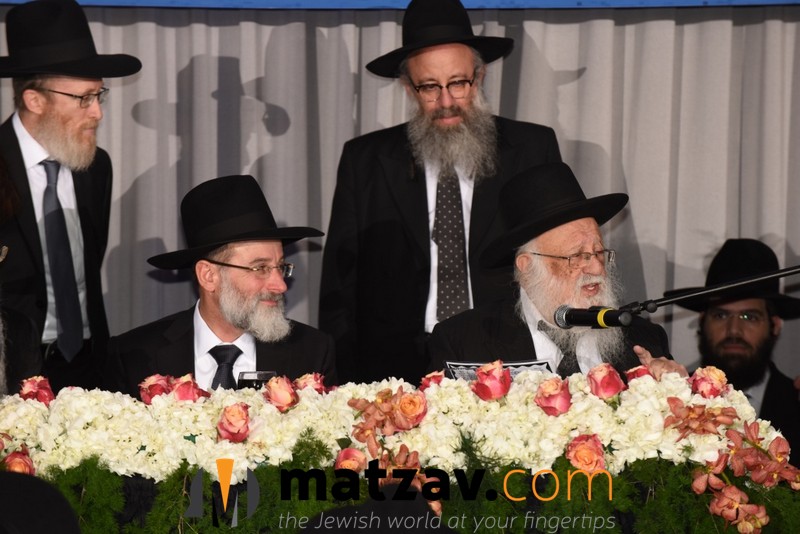 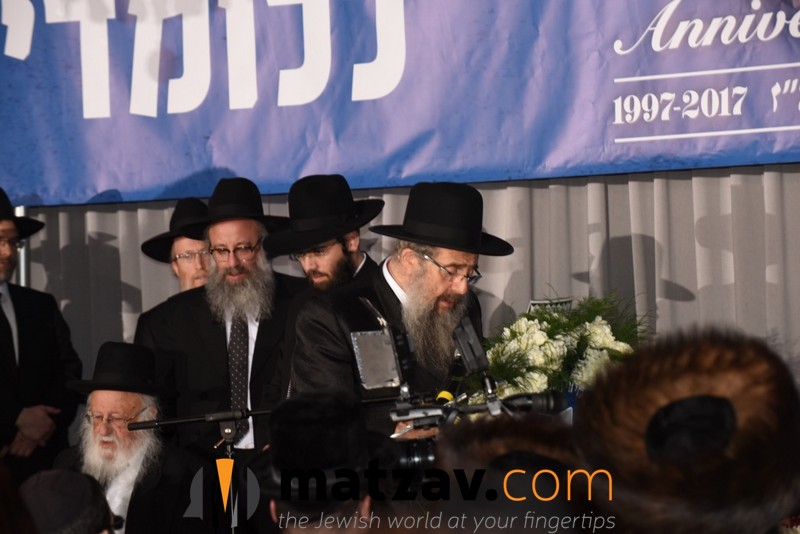 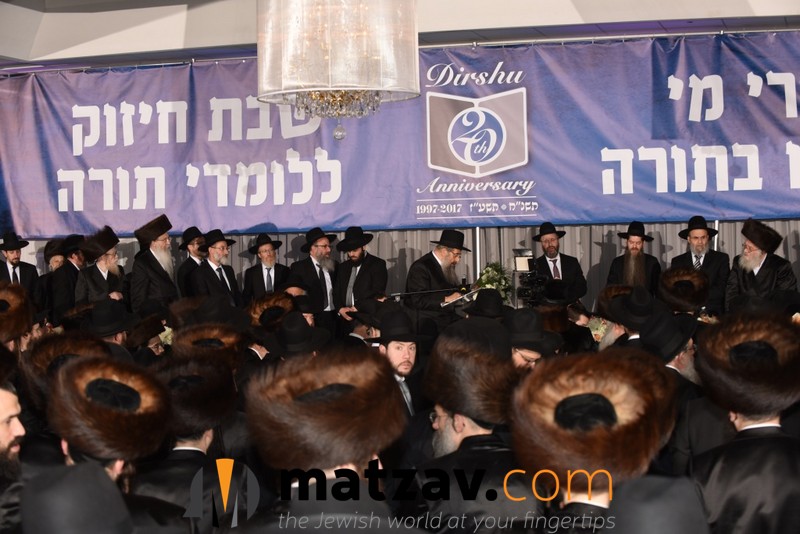 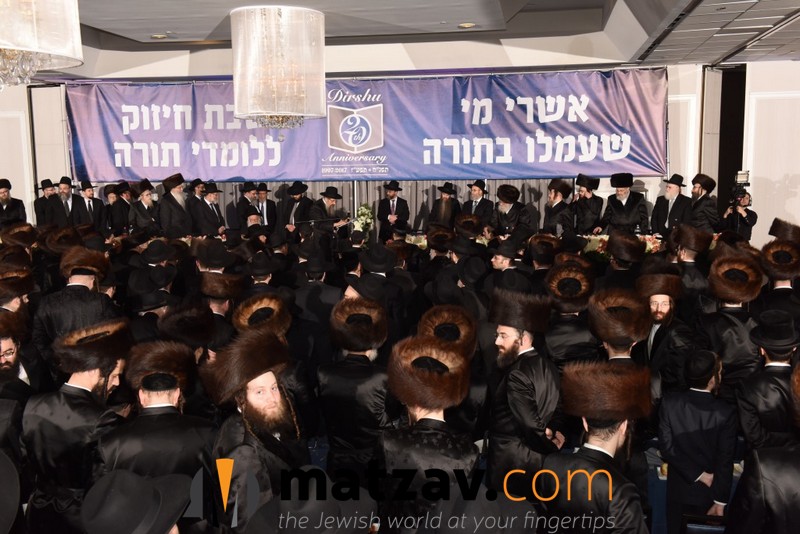 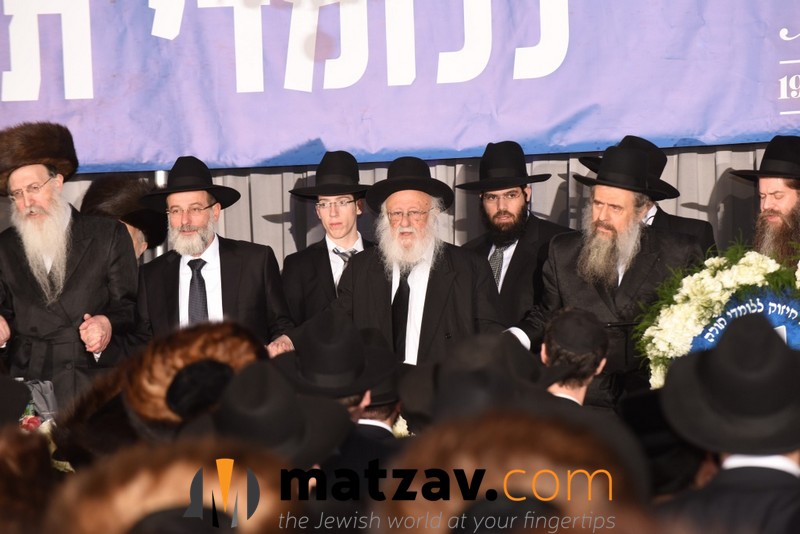 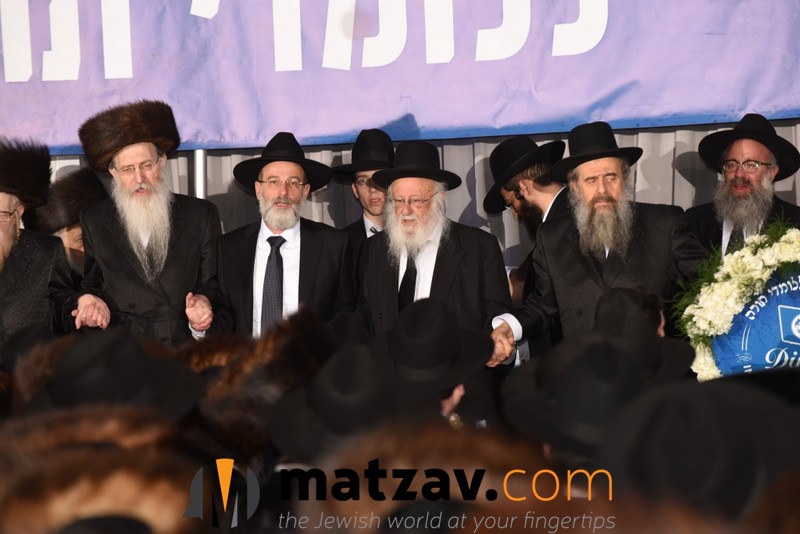 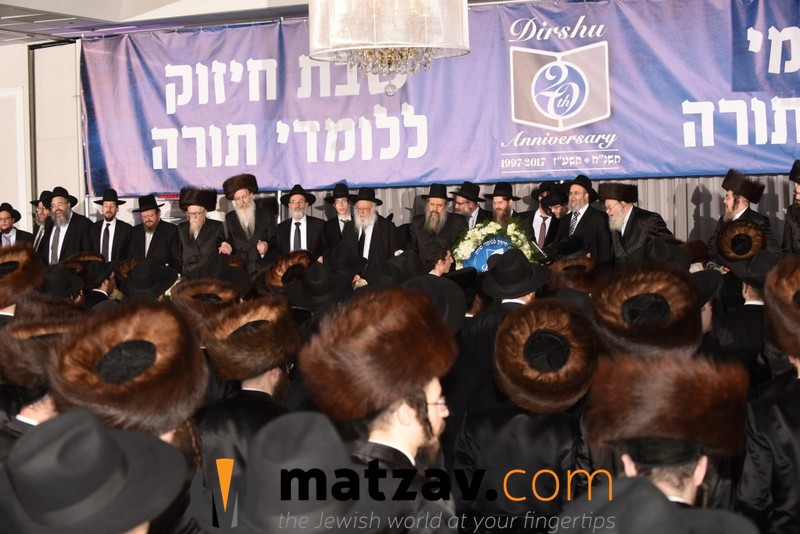 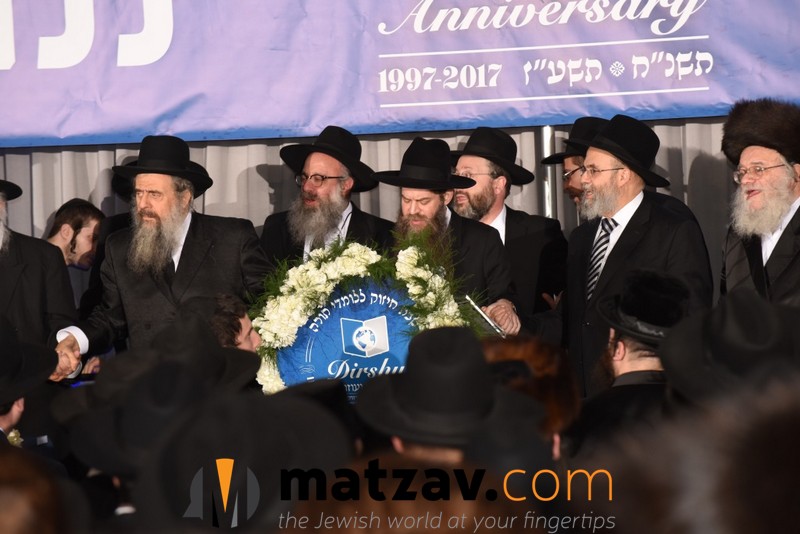 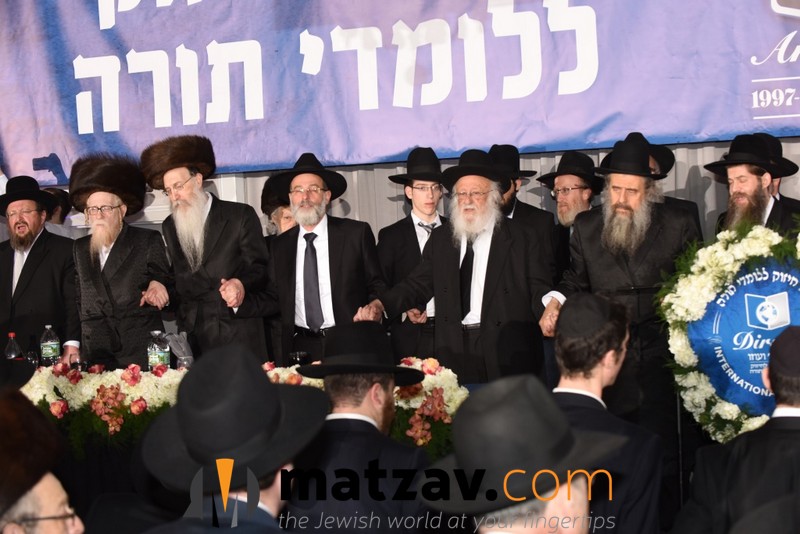 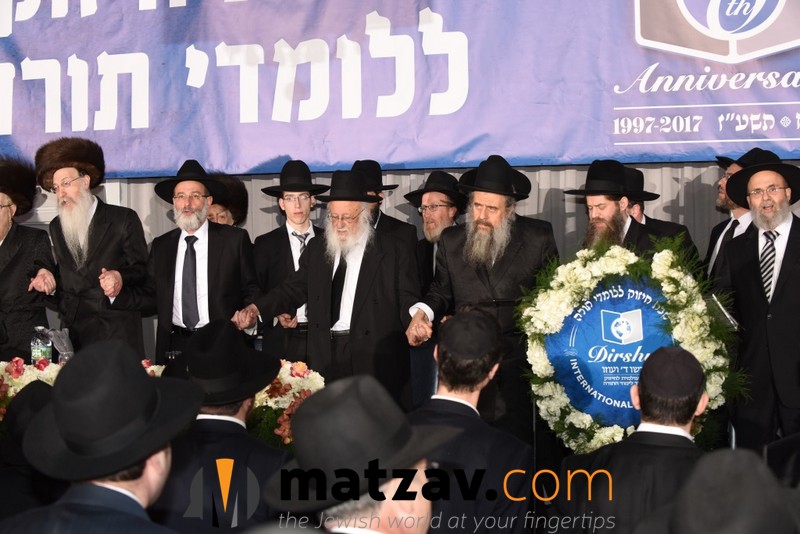 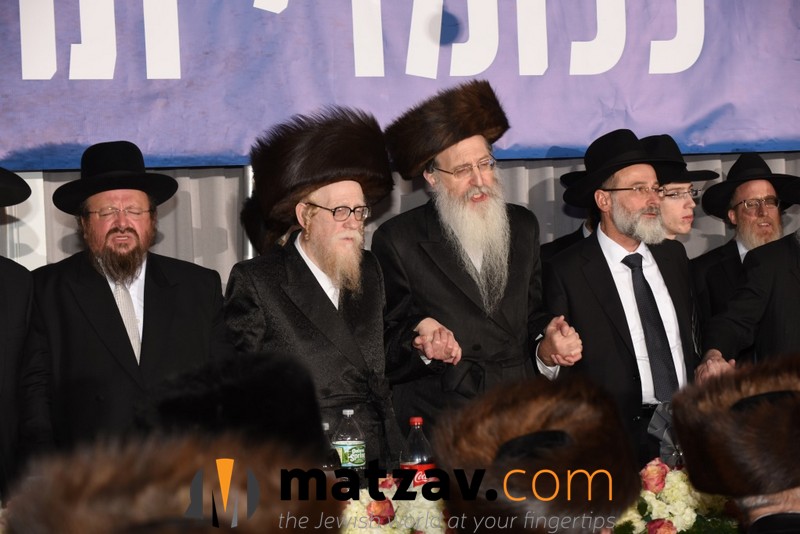 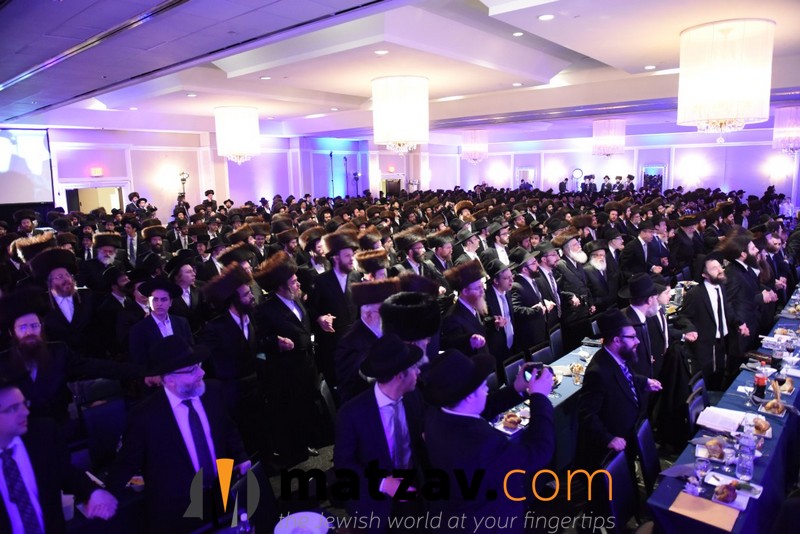 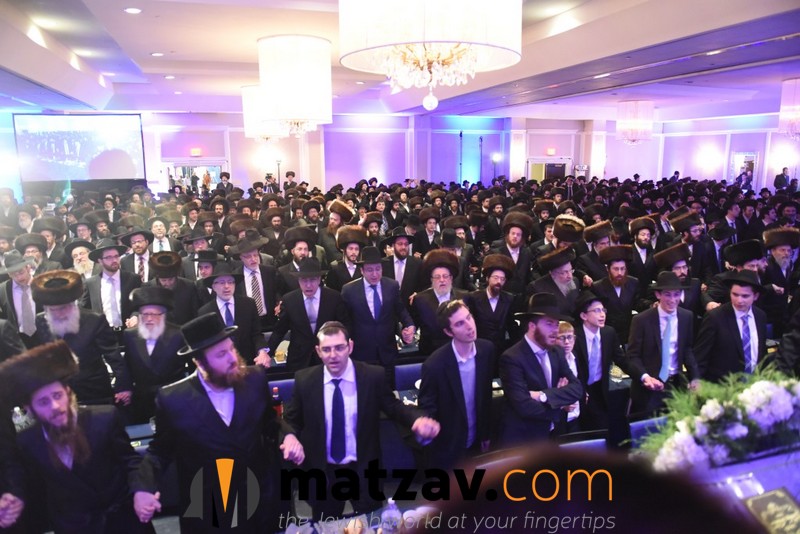 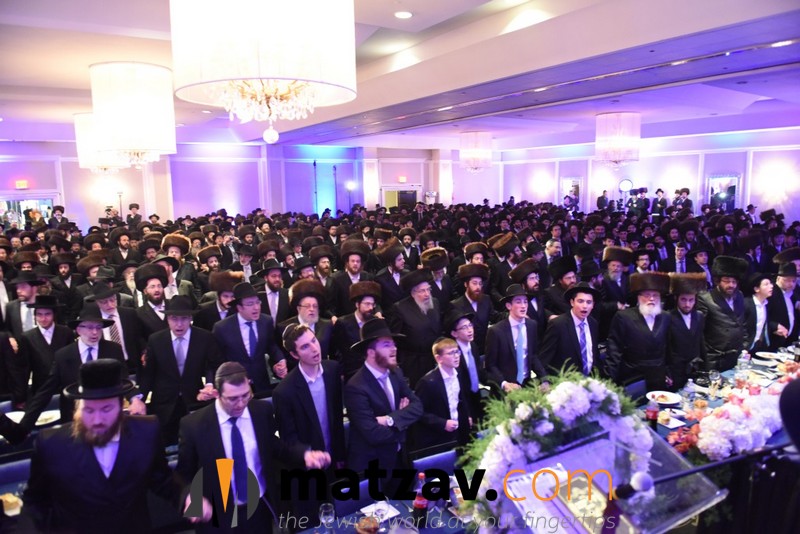 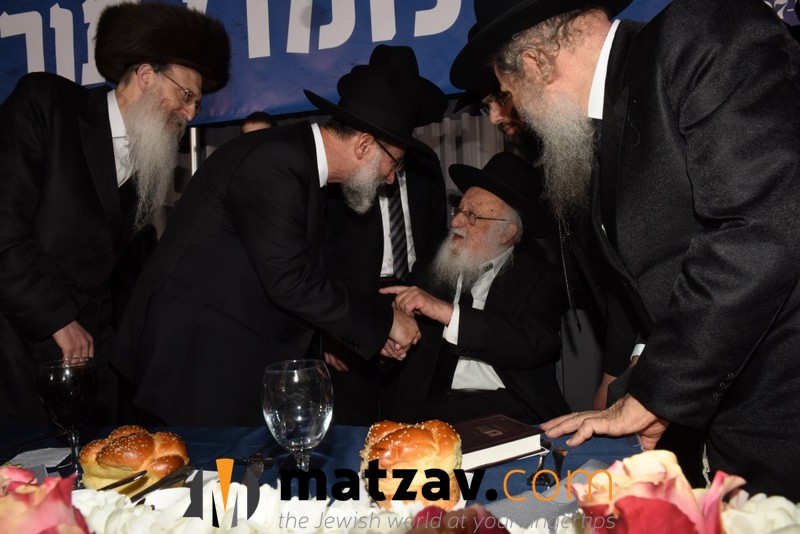 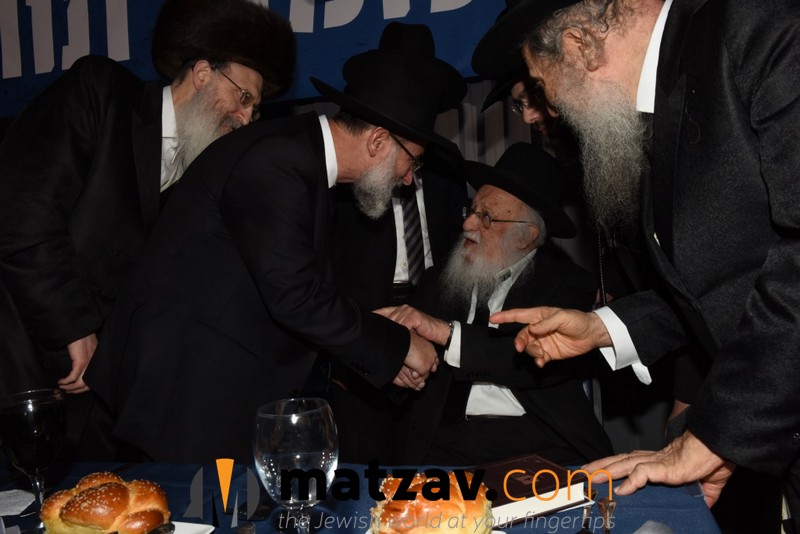 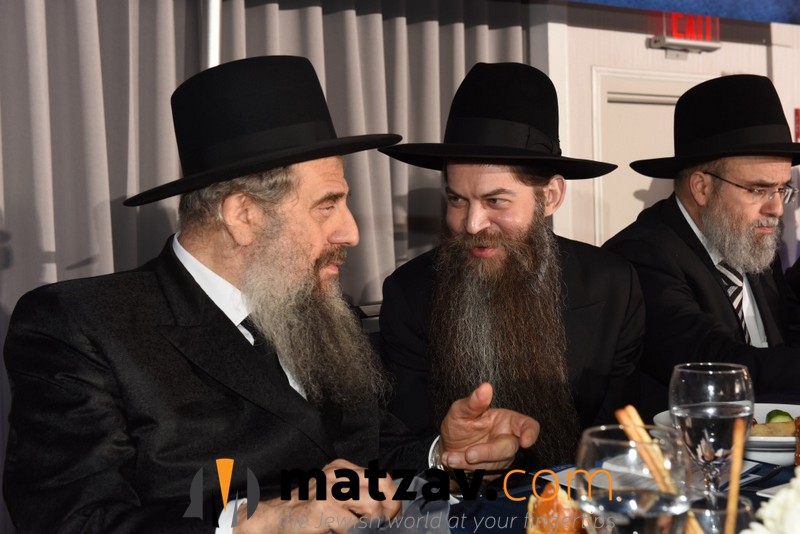 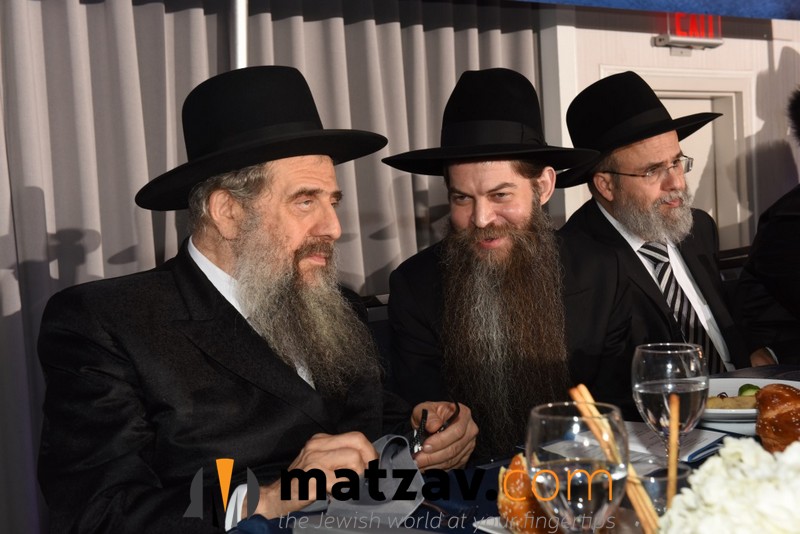 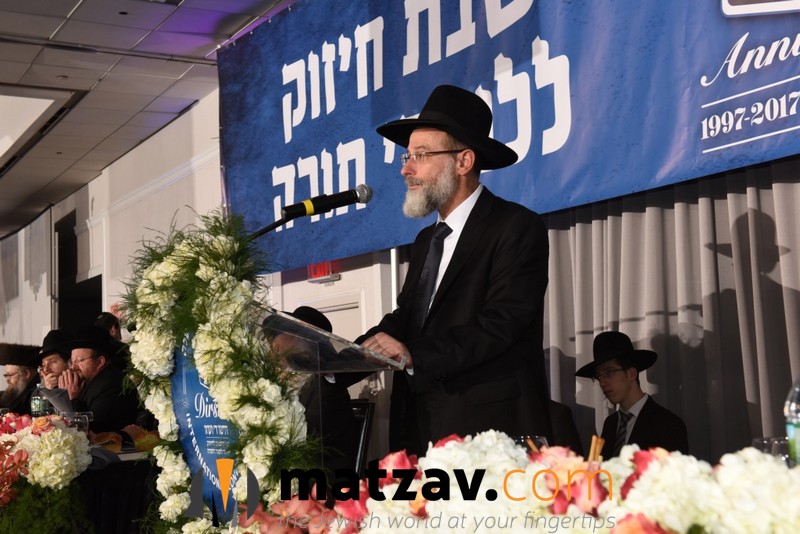 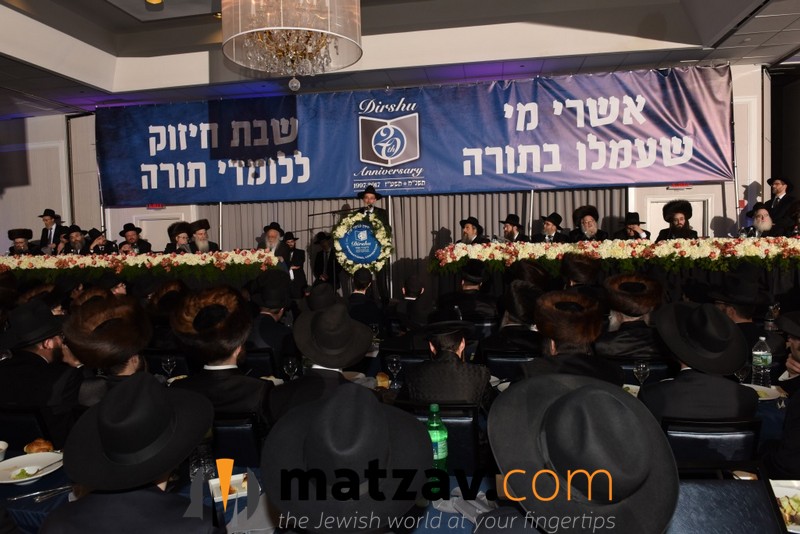 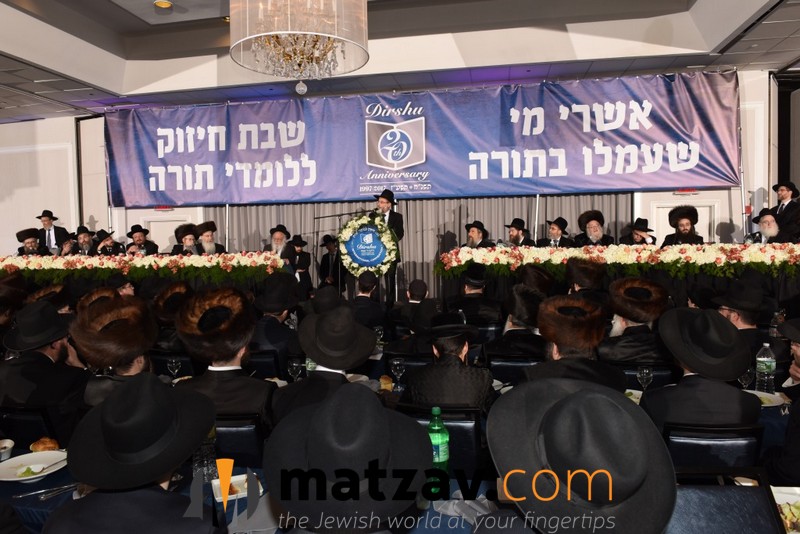 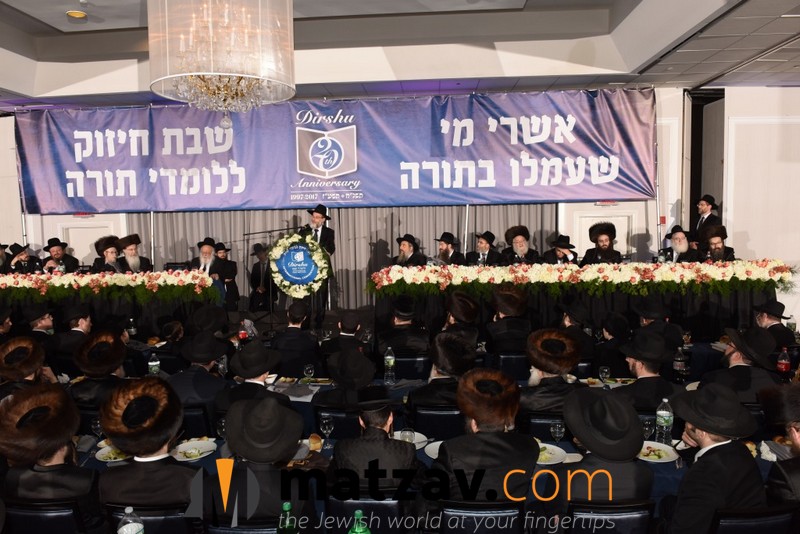 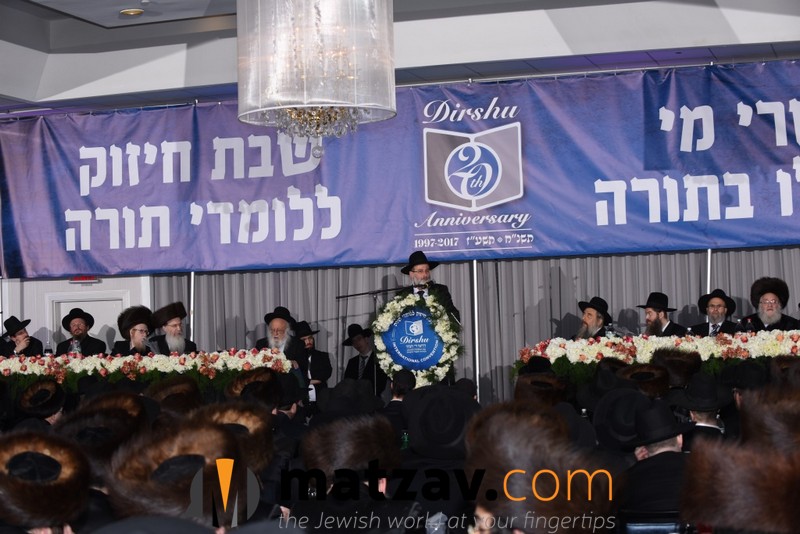 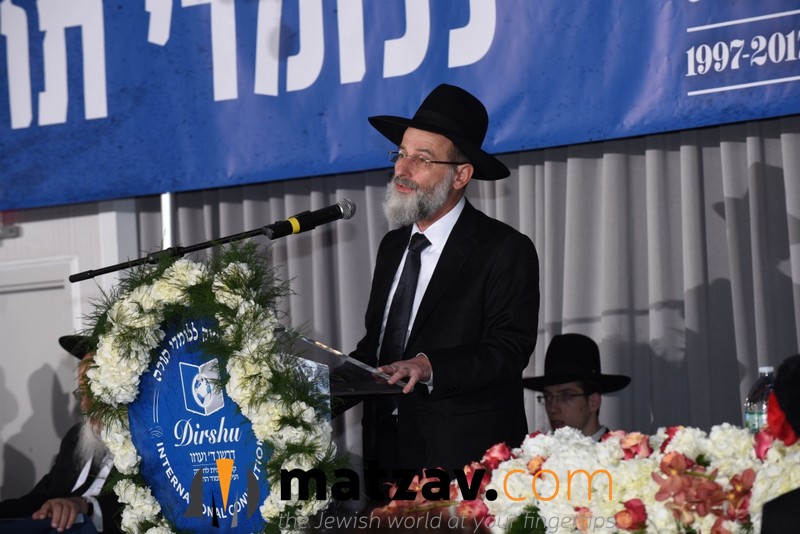