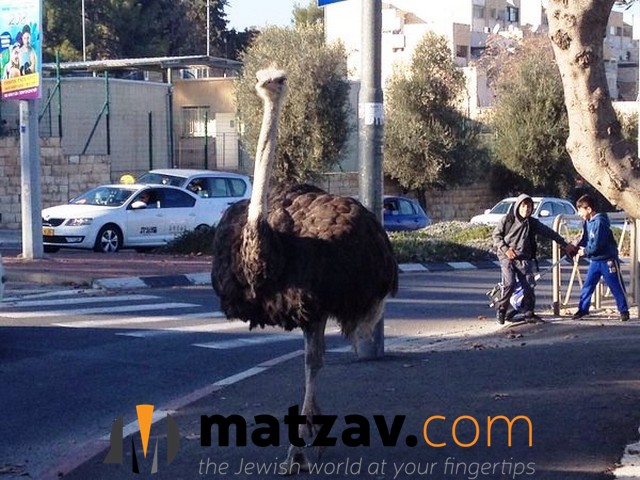 An ostrich was observed wandering around the Gilo neighborhood in Yerushalayim today. Pedestrians who passed the animal notified the authorities.

Jerusalem Online reported that contrary to initial appraisals, the Biblical Zoo denied that the bird escaped from their territory.

Noa Tamar, a student at a nearby school, documented the bird wandering leisurely down the road. According to her father, “She told one of the children who shouted that there is an ostrich outside.” The Yerushalayim Municipality treated the issue humorously and stressed: “It appears at this moment an ostrich is roaming around the streets of Gilo. We are following the affair and will keep you updated.”