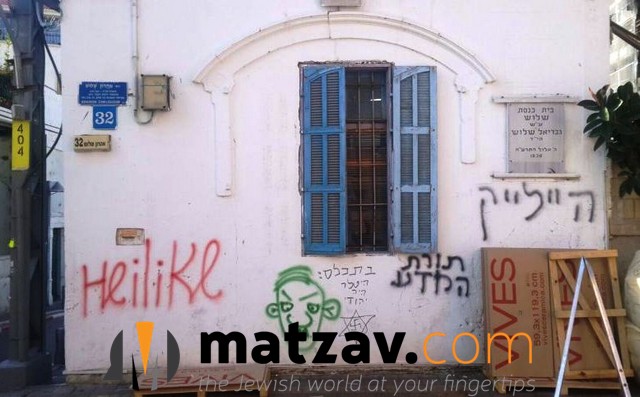 Israeli Police are investigating after a vandal drew a crude likeness of Adolf Hitler’s face on the exterior of a Tel Aviv shul.

Other graffiti include soubriquets in Hebrew and in English.

The shul was among a number of buildings defaced by graffiti along Rechov Aharon Chelouche in the neighborhood of Neve Tzedek.

To the left of the picture of Hitler was scrawled, with spray paint, the word “Heilike” in English. To its right, the same word appears in Hebrew letters, as do the words, also in Hebrew, “In practice, Hitler was a Jew.”