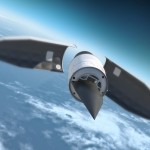 Frank Kendall, undersecretary of defense for acquisition, technology, and logistics, said during a House Armed Services Committee hearing that he is concerned by large-scale cuts in U.S. defense spending that are undermining efforts to maintain U.S. military superiority.

“On hypersonics, this is a good example of an area of technology that is going to move forward whether we invest in it or not,” Kendall told a hearing on the United States shift toward Asia. “China is doing work in this area.” Read more at FREE BEACON.