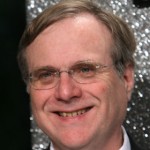 Microsoft co-founder and billionaire Paul G. Allen announced on Thursday that he will donate $100 million to the fight against Ebola in West Africa, where the virus has killed almost 5,000 people. The offer nearly quadruples his earlier committed amount of $26 million to nonprofit groups and government agencies, making him one of the largest individual donors to the cause.

“Everybody feels called sometimes to really pursue a certain thing that resonates with them, and this has resonate with me,” Allen told The New York Times. He also created the websitewww.TackleEbola.com to direct smaller donors to projects in need. Allen’s old business partner Bill Gates recently announced his foundation would give $50 million to the cause. Read more at the New York Times.